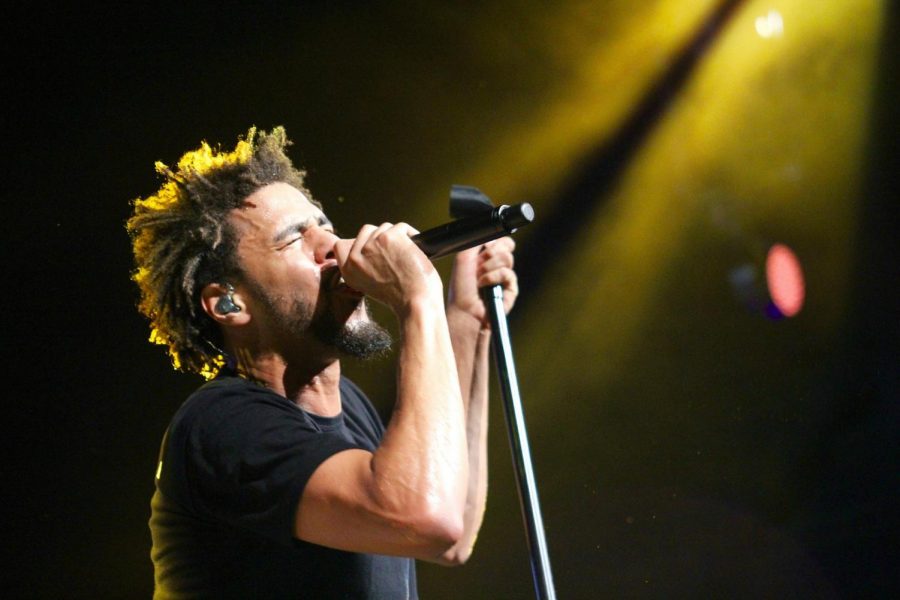 J. Cole is expected to drop his fifth full-length studio album, “KOD,” on April 20, 2018. J. Cole is just one of many artists taking advantage of the unofficial weed holiday.

Joints won’t be the only thing that will be lit on 4/20, as many hip-hop artists plan to drop new projects.

April 20 typically stands out as a key date for music releases, and with this year’s holiday falling on a Friday — the standard day of the week for new songs and albums to come out — there should be no shortage of fresh tracks.

Here’s a list of five of the most anticipated projects.

The rapper hailing from North Carolina who brought you “2014 Forest Hills Drive” dropped a bomb online Monday when he announced the release of his fifth studio album in brief and surprising fashion. “K.O.D.” is set for release this Friday.

J. Cole also wiped his entire Instagram and Twitter accounts clean before revealing an exclusive show at Gramercy Theater on Monday night in New York that reportedly featured the entire album according to Brian Miller of “Rap Radar” on Twitter.

The 20-year-old budding R&B artist announced earlier this week his plans to drop a new single with fellow staples of the genre, Ty Dolla $ign and 6lack, titled “OTW” — just in time for 4/20.

Khalid teased a portion of the song on Twitter in late March, before formally announcing its release date earlier this week.

The notorious pothead from Pittsburgh, Pennsylvania has kept relatively hush about his heavily anticipated sequel album, “Rolling Papers 2,” but one track was confirmed to drop by Wiz Khalifa on what is likely his favorite day of the year.

Khalifa posted an unpolished YouTube video of the new song “420 Freestyle” in late March, and he confirmed on Instagram that another version is coming Friday.

Smoke DZA released a single from his forthcoming album “Not For Sale” on SoundCloud, but the full project will see the light on April 20, 2018.

DZA and Ty Dolla $ign teamed up on the single put out earlier this week, “The Love,” and others will feature on the New York rapper’s new project, such as Joey Bada$$, Bodega Bamz, Dom Kennedy, D.R.A.M., and more according to Hypebeast.com.

DZA last mixtape, “Cuz I Felt Like It Again,” dropped in November 2017.

Technically, this single ended up coming out a few days before 4/20, but the original release date was planned for Friday before the hype grew and forced it out early.

Scott teased a collaboration with Rae Sremmurd in anticipation of the duo’s newest album, and the feature was confirmed a few weeks ago, according to HotNewHipHop.com.

After Swae Lee of Rae Sremmurd tweeted, “New heat from Rae Sremmurd and Travis Scott dropping for you guys Friday,” he followed it up less than 40 minutes later with another tweet moving up the release.

Actually I got something better !