Stephon Clark autopsy shows 6 gunshot wounds to the back 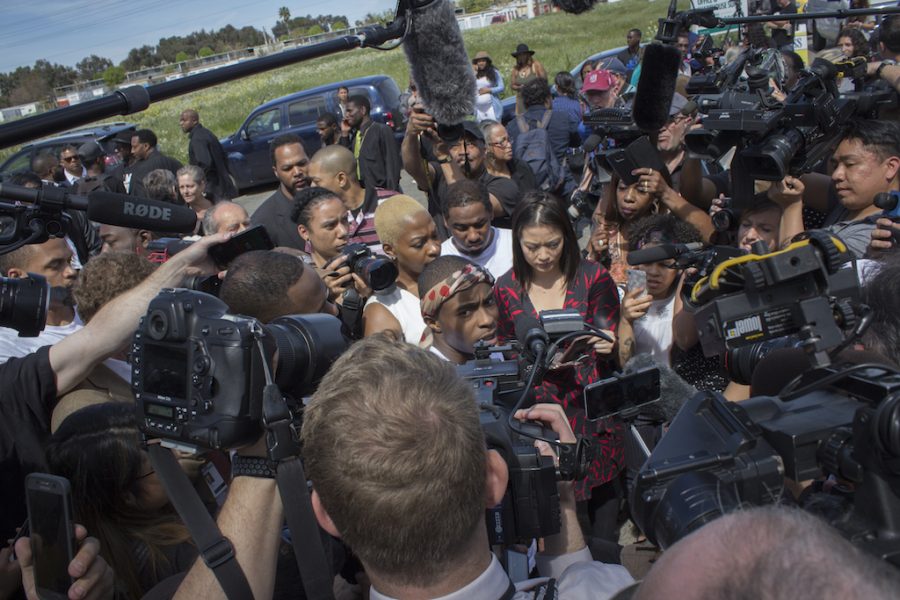 Local and national media turn their cameras to Stevante Clark after a funeral service on Thursday, March 29, as he speaks about his experiences in the weeks following the police-involved shooting death of his brother Stephon. "I can't eat. I can't sleep. My life sucks," Stevante said. "Everyone knows me from my brother's death."

Stephon Clark was found to be shot six times in the back and eight times in total according to an autopsy by Dr. Bennet Omalu that was released Friday.

“You could reasonably conclude that he received seven gunshot wounds from his back, he was shot from the back,” Omalu said in a press conference.

Omalu also said that each of the bullets found in Clark’s back “independently possessed a fatal capacity” and that Clark took up to 10 minutes to die.

The autopsy comes 12 days after Clark was killed and a day after Clark’s funeral service was held in Sacramento in which the Rev. Al Sharpton delivered the eulogy.