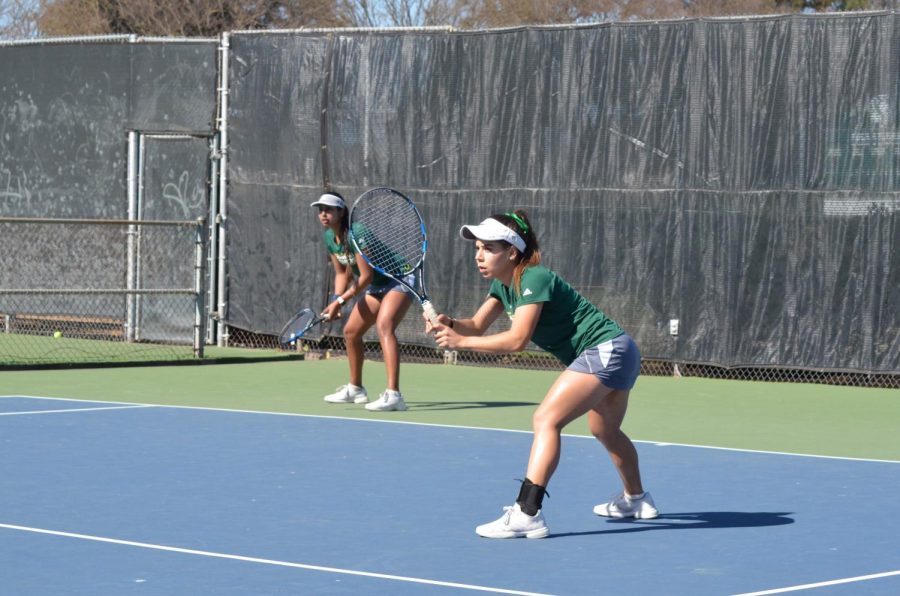 The Sacramento State women’s tennis team suffered its fifth loss of the year against Saint Mary’s College on Sunday afternoon by a score of 5-2.

The Hornets began their match against Saint Mary’s — which is ranked No. 45 in the nation according to the Intercollegiate Tennis Association — with losses from the No. 2 doubles freshmen team of Maria Gonzales and Jenna Dorian (6-2) and the No. 3 pair of junior Sofi Wicker and freshman Shamika Dhar (6-2) at the Sacramento State Courts.

This resulted in a 1-0 team lead for the Gaels and the No. 1 doubles match played by Sac State (2-5, 2-0 Big Sky Conference) senior Ana Loaiza Esquivias and sophomore Carolina Chernyetsky to be stopped at 4-4.

“I think we played very good doubles,” Loaiza said. “Their team is a ranked team. We didn’t finish the match, but I definitely think we could have won.”

However, Loaiza did go on to claim one of Sac State’s only two wins in her No. 1 singles match against Saint Mary’s freshman Maria Kozyreva by the score of 6-4, 6-3.

“I played her during the fall, and she beat me,” Loaiza said. “So today was revenge.”

Gonzales, who competed in the only singles match that lasted a full three sets, took home the second of win of the day at No. 3 by the score of 6-3, 4-6 and 7-5 with everyone watching.

“It was a really mental game with myself because I won the first set, but then I was up in the second set and she just took it from me,” Gonzalez said. “In the third set I was down 4-1. I’m like, ‘I don’t know how I’m going to do it. I’m just going to win.’ I did my job.”

Sac State coach Cami Hubbs said that even though they didn’t get the team win, she was satisfied with the way the day ended.

“We took it to a team that’s one of the top in the country right now,” Hubbs said. “I feel very good about how (we won) the last match that’s out there even though we didn’t get the team win. I think that really boosts us for next weekend.”

The Hornets will next face Northern Arizona University on Friday at noon in Flagstaff, Arizona.