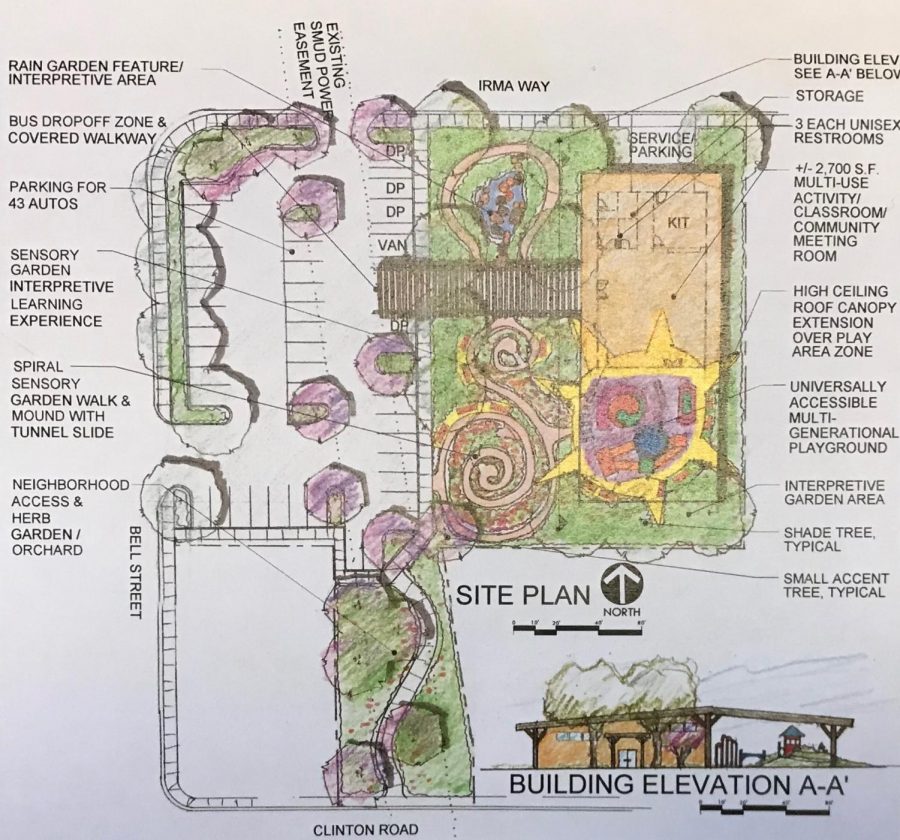 An empty lot at the corner of Bell Street and Irma Way in Arden-Arcade will become a community park by the hands of students in the Sac State Honors Program.

A class of students in the honors program at Sacramento State began designing and planning to build a new park in Arden-Arcade, according to professor of the class and program director Lee Simpson.

Simpson said that she introduced the park project to the students of her Honors One World Seminar class after she was approached by a representative from the Mission Oaks Parks District about a vacant lot owned by SMUD on the corner of Bell Street and Irma Way, just a few minutes away from campus.

The Sacramento Parks Foundation, a coalition of four local park districts including the Mission Oaks Park District, has held several meetings for the public regarding the new park.

Simpson said that at the Jan. 24 meeting the foundation indicated its interest in partnering with Sac State.

Planning is in preliminary stages, according to Simpson, but a few of the students will continue working on the project beyond the semester’s end in hopes of a late spring 2019 opening, according to Natalie Loomis, a student in the class.

Loomis, a junior, said that when Simpson approached her about leading the project it was an easy decision to join.

“It was right up my alley,” she said. Loomis has worked with the East Bay Park District and works in the recreation field with The WELL on campus.

The focus of the project will be to make a park relevant to the community, said Loomis, who has been researching other parks around the area to ensure a variety of outdoor activities to best suit those living around the project.

Simpson added that the Sacramento Parks foundation is proposing a design that would include “(a) universally accessible playground, drought tolerant landscaping, shade and charging stations, educational programming, and even a community center building that would include an accessible kitchen in which recently disabled adults could learn to be self-sufficient.”

The proposed design fits under the energy theme that SMUD would like, according to Loomis. Simpson said that the project is expected to cost about $3 million.

All facets of creating the park, including funding, community outreach, design ideas, sustainability, and surveying, are in the hands of the other students, according to freshman Paige Palsgaard, who was also in the class.

“The idea to bring a park there could really bring more of an idea of safety,” Palsgaard said. “It’s better to have a park than an empty lot because kids are more prone to use an empty lot for drugs and stuff like that, but putting a park there would make that place a lot cleaner and safer.”

The honors program will likely not be the only group at Sac State working on the project, according to Loomis. She said she wants the park to be a campus effort and potentially involve the Greek community and other groups to help get the project off the ground and add hands for building and fundraising.

Both Loomis and Simpson said that communication with SMUD and the Mission Oaks Park District was spotty at first, but more recently Simpson has been in communication with the Sacramento Parks Foundation in getting the community involved with the project.

This is not the first community work Simpson has helped create with her students. With the history department, Simpson helped complete other projects, including obtaining a National Register of Historic Places nomination for the Tower Bridge in Sacramento.

Simpson said her goal was to get out of the classroom and make something that people want.

Loomis said she wants to create something in Sacramento that will last in the community “hopefully forever,” and to be able to come back and say, “I had a hand in that.”

“Whether it be one kid who uses that park or hundreds of kids that use that park, just knowing I was able to do something for them is an exciting feeling,” said Loomis.