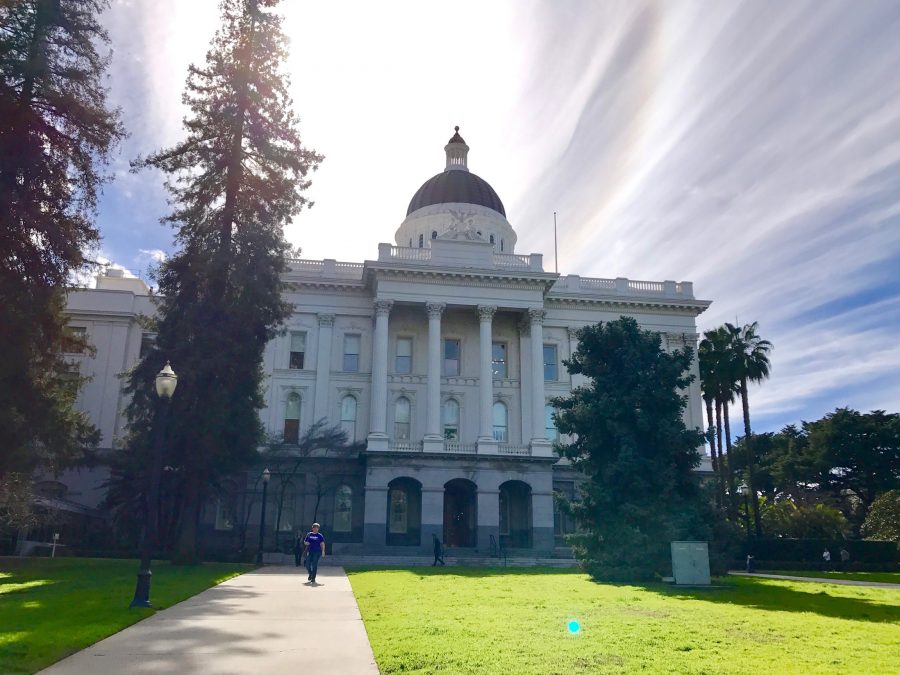 A $170.9 million funding gap between California Gov. Jerry Brown’s proposed 2018-2019 budget and the California State University Board of Trustees’ budget may lead to more prospective students being turned away, not enough staff and a $228 increase in tuition per semester.

A $170.9 million funding gap between California Gov. Jerry Brown’s proposed 2018-2019 budget and the California State University Board of Trustees’ budget may lead to more prospective students being turned away, not enough staff and a $228 increase in tuition per semester.

“This is a clear message that investing in our students is not a priority,” said Margarita Berta-Avila, the president of the Capitol Chapter of the California Faculty Association and a professor of education at Sacramento State. “It’s disappointing.”

Kevin Wehr, the secretary of the Capitol Chapter of the CFA and a professor of sociology at Sac State, said that the $92.1 million would barely pay the increases in mandatory costs and that the point of the CSU system is to allow all students who are qualified to be admitted to school and go affordably.

The total increase in budget would be $282.9 million because of an additional $19.9 million the school will get from tuition revenue, according to Elizabeth Chapin, manager of CSU public affairs.

In the 2016-2017 academic year, 31,400 students who fulfilled the qualifications to enter were denied access to the CSU, according to the CFA.

“I am still in shock with how many qualified students we turn away every year,” Sac State President Robert Nelsen said in his Spring address Thursday. “I often wonder how many of those applicants end up in the military or in low-paying jobs all because of an enrollment cap that shatters so many American dreams of obtaining a higher education.”

Nelsen said that by 2030, California’s economy will need more than 1.1 million graduates who have bachelor’s degrees than the state’s universities are projected to graduate over the next 12 years.

“I think the impact of turning away students is the impact on the region,” Berta-Avila said. “CSUs are known to prepare students on being future engineers, counselors, et cetera. To turn away students depletes communities.”

The CFA said in a statement that three out of four CSU students are working at least 20 hours a week and Berta-Avila said that Brown’s proposal could lead to students working more and potentially dropping out of school because of the rise in tuition. She said she notices the ramifications of tuition hikes because students have to work too much and are less attentive and more tired in class.

The $228 tuition increase could come to fruition in the Fall 2018 semester unless the CSU system is given the $263 million increase, according to Chapin, who said the CSUs must look at other options to fund the gap.

Jorge Quintana, an intern with the CFA and a fourth year ethnic studies and English major at Sac State, said he joined the CFA to help fight not just for his tuition, but for his sister, who is a freshman, and his other siblings, so they don’t have to pay a fortune to go to school.

“Jerry Brown, we need you to fully fund the CSU system,” Quintana said.

CFA posters draw a connection between increased numbers of racial and ethnic minorities attending the CSU and decreased funding per student from the state.

Wehr said that when the CSU system started, it was mostly comprised of white males, a lot of whom were coming out of the war on the G.I. Bill of Rights. As time went on, schools became more diverse and funding fell.

“As the students got darker, the funding got lighter,” an unnamed CSU professor said in “Equity Interrupted,” a 2017 CFA report.

Brown’s proposal isn’t the final word on CSU funding. The CFA plans to lobby the legislature for more funding.

A revised budget proposal will be put out in May after Brown sees the final tax revenues he will have to work with. Then in June, Brown will make his final decision, which will take effect on July 1.