The event center was supposed to come with ‘Destination 2010’ — So what happened? 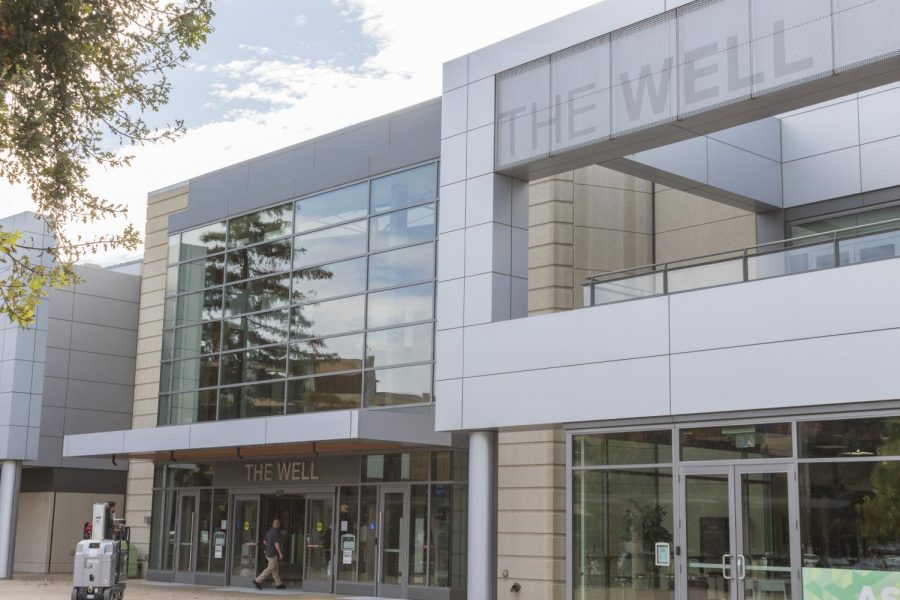 The WELL was a part of Sacramento State’s Destination 2010 plans that would also include the proposed event center, but rising costs only allowed for The WELL to be built.

It may be hard to believe, but there was a time before The WELL was an established building on Sacramento State’s campus. In 2004, George W. Bush was president, YouTube had yet to exist and Sac State students voted in favor of a student fee increase to fund an initiative called Destination 2010, which proposed a Recreation/Wellness/Events Center.

Then-President Alexander Gonzalez proposed Destination 2010, a project that would both improve already-existing buildings, as well as add new buildings in an effort to create a more welcoming campus culture and environment.

At the center of Gonzalez’s initiative was an events center, which was said to be “a signature facility, with students able to exercise, go to concerts, attend athletic events and more at one exciting facility,” according to a fall 2004 Capital University Magazine article.

“Located on the north side of Hornet Stadium, it will include such things as a new student health center, fitness center, swimming pool, athletic courts, a bowling center, fitness classrooms, a childcare center, a conference center and an 8,000-seat arena for events such as commencement and intercollegiate athletics,” the article said.

“There was funding that was supposed to go towards an athletic (or) some sort of events center that would share this space,” said The WELL Director Kate Smith. “So it wasn’t strictly an events center, it was going to be incorporated within this actual building.”

Students passed a referendum to increase the University Union/WELL portion of student in a three step process. A $10 fee was approved on the condition that it would end after $25 million had been raised. Then it was raised to $110 a semester, which was calculated based on consumer price index (CPI), an economic measurement that examines the average prices of goods and services.

“(A CPI) basically acknowledges the fact of you have a dollar amount in 2004. Well, that dollar amount is worth something different in the year 2018,” Smith said. “So, there’s a small increase each year based on that cost-of-living amount.”

The referendum mandated that the increase would fluctuate per semester based on inflation. This referendum failed to pass two prior times before its passage on April 29, 2004.

“The WELL fee was added to the existing University Union fee because both fees were administered, collected and used by the same entity,” said Gina Curry, Financial Services Associate Vice President.

As previously reported by The State Hornet in 2014, prices for buildings increased after the referendum passed, making the initial cost to build an events center, along with the Recreation Wellness Center, more than what was anticipated.

“They had to scale back on the plan and said, ‘Our financial plan is going to allow us to do just the recreation center,’ ” Curry said. “We’re going to have to go further down the line before we’ll ever be able to afford the stadium upgrades and the events center.”

The WELL was built in 2010 and has remained popular on campus since its opening.

An increase to the Union/WELL fee of $99.00 (bringing the total of $319.00) was made in fall of 2015 to contribute toward the the expansion of The WELL and the Union. The events center was put to another regular referendum where students voted against an additional $438 annual fee increase to fund an events center.

At the time, The Sacramento Bee reported that “the new fee would have boosted the University’s fees to the sixth highest in the system with a total tuition and fee cost of $7,086.”

Today, all Union/WELL fees go toward running and maintaining the two buildings. Phase two is in full effect, evident by the ongoing visible construction in the Union.

“The expansion of the Union is (something) that’s going to be awesome for the students, and that certainly should be and has been a priority,” said Sac State Athletic Director Mark Orr. “I think the campus has handled everything the right way here. I do think the events center could continue to enhance our campus.”

Smith clarified that none of the student fees that were collected for The WELL after the referendum passed in 2004 were used to build the Broad Field House athletics facility, the only other addition to campus in the same time period.

“All of the student fees go directly toward operating both buildings,” Smith said. “We don’t have any funds that are going toward an event center.”

Orr said it might be a while before we see a shovel in the ground, but he believes that an events center is still “on the horizon,” and Curry agreed.

“I think that because it’s still a priority, and it’s still something where they’re having some focused effort, I would absolutely say it’s on the horizon,” Curry said. “But what’s the horizon though? Is it one year? Is it 10 years? I can’t say, I’m not the expert in that area, but I just know that it continues to be a priority, and it is still a fundraising area that there has been some focus.”

Outside of student funds and the unlikely prospect of more state funding, the University looked to other places for revenue; mainly, donations. The University created a call to action known as the ‘Power of 1000 Hornets;” if enough sizable donations are made, costs could be minimized or paid for in full.

Orr said a feasibility study is underway in which an outside firm will analyze what will be needed for the building to come to fruition.

“That’s bringing in an outside firm to do an analysis on the size of the facility, what should be programmed in the facility beyond just a basketball court and seats,” Orr said. “What else should be in there, where the facility should be located on campus? … What are potential funding resources for the facilities, both traditional to non-traditional?”