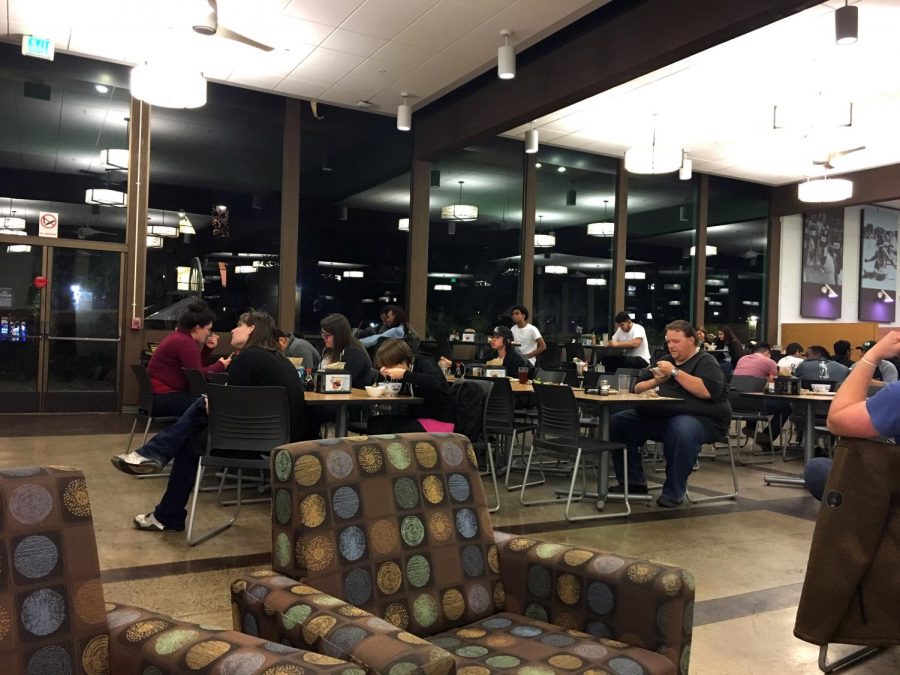 The dining commons is where most student residents spend the points from their meal plans. By the end of the semester, however, the meals provided here aren't available with points.

In the fall of 2015, I applied to six different universities, but my dream was to attend Sacramento State. The journalism program was so appealing and promising that I threw away five other university acceptance letters and came to Sacramento, but nothing would prepare me for what I would find in the following months.

As a former occupant of the residence hall, I was extremely dissatisfied with the quality of food and point systems that we, as students, are forced to use when we sign the housing application.

When I filled out my resident application, I was so excited to start school in the fall that I might have skipped the fine print; guidelines, policies and all of the legal jargon that nobody actually reads in a contract.

Last year, when my time in the residence halls came to an end,  I had 500 points left on my meal card –equivalent to about $1,000. To my surprise, the points I had saved weren’t refundable and I wasn’t even able to redeem them for the meals I had become accustomed to. My only option was to take home a car full of Cheetos, bottles of green tea, chocolate, chewing gum and various other junk food. I thought, “Better than throwing my money away,” as I gave it all to my grandkids.

I don’t agree with the “Use it or Lose it” policy of Sac State’s meal plan. We give up our hard-earned money in exchange for these points. Since the points are defined by their cash value or the meals they are exchanged for, it only makes sense that the balance be refunded at the end of the academic year.

To make matters worse, picking a meal plan is mandatory for students applying for on-campus housing. So, not only is this system for meal plans extremely flawed, but students who are astute enough to be aware of how problematic they are don’t even have a way to opt out.

To be fair, you can change your plan in the first two weeks of the semester if you decide that you need something cheaper. The problem is that the cheapest plan, called the Independence Plan, will cost you about $3,000 and provides only half the meals that the Gold Plan provides for $4,600. Clearly, these skewed prices are meant to make the Gold Plan seem like it’s a good deal, although we all know it isn’t.

I made the change to the Independence Plan once, and by the middle of the semester, I was out of points. Even after using my points conservatively, my “flexible, economical and nutritional” meal plan had failed to provide for me, and I was forced to seek out other options.

This broken system is unethical and needs to be changed. Sac State claims to care so much about its students and its community, yet it continues to find new ways to screw us over.