Sankey battles ‘at any time, you can be cut’ nature of NFL 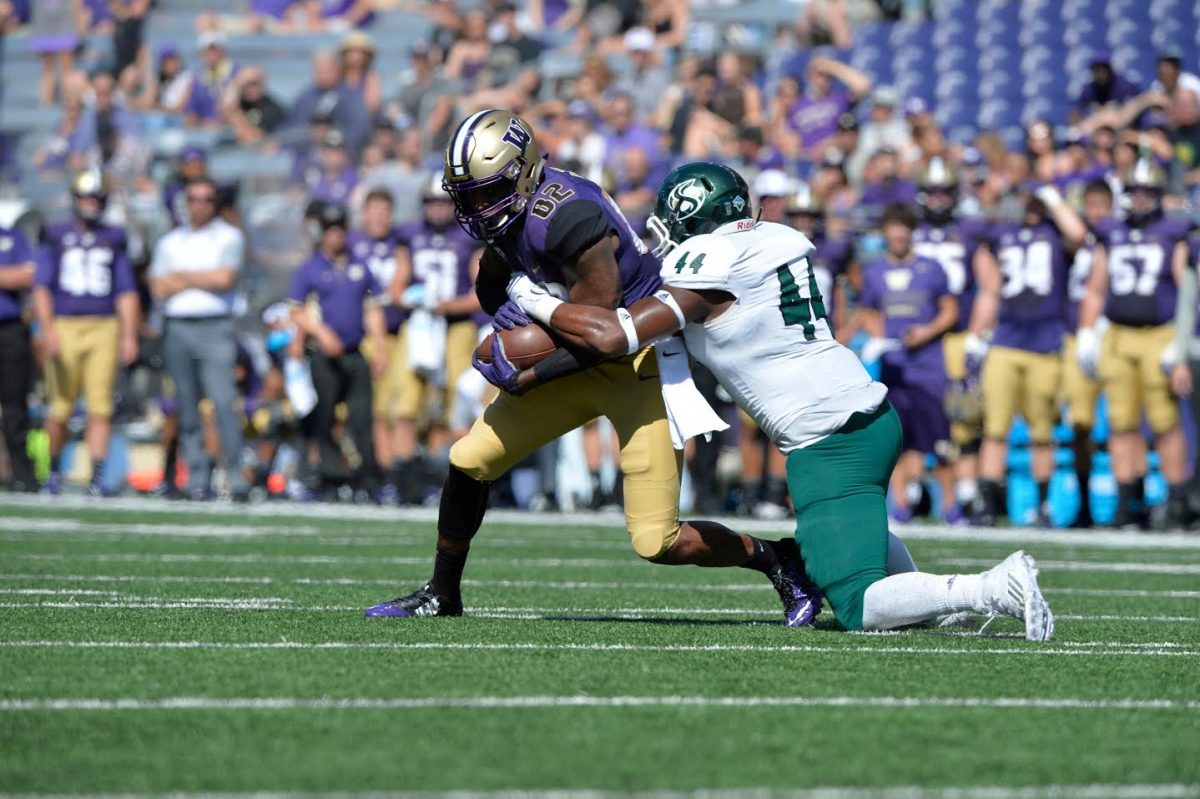 Every week, athletes in the NFL fight for the undetermined opportunity to play in the country’s most popular sport — former Sacramento State All-American linebacker Darnell Sankey faces this uncertainty everyday.

Sankey, who played for Sac State from 2012-15, has bounced around the league through six different teams during his two-year career. He has spent time with the Denver Broncos (2016), Oakland Raiders (2016), Kansas City Chiefs (2016), Carolina Panthers (2017), Minnesota Vikings (2017) and the Indianapolis Colts.

“The journey has been a blessing”, Sankey said. “One person could look at it and say, ‘Oh, I keep getting cut,’ but at the same time, I look at it glass-half-full. I have been fortunate enough to play with six teams — some weren’t the right fit. I was on some practice squads, but it has definitely been a blessing traveling the world, do what I love to do, change people’s lives and spread the gospel. I have no complaints over here.”

Sankey, 22, battles for a spot on the 53-man roster of an NFL team like so many practice squad members do on a daily basis. Being on a team’s practice squad means that the player is signed to the team but is not technically on the team. These players act as scout team members who help emulate the opposing team for the week, so their team is prepared for what the opponent’s plays might look like.

Leading up to week two of the NFL season, Sankey learned that he would be called up from the practice squad to the 53-man roster of the Indianapolis Colts, but for him, it was just another day.

“They had told me a week in advance there was a possibility I would be called up because we have had some injuries,” Sankey said. “They told me to be ready to go. My routine was the same. It was a normal day for me. I want to start in the NFL and make pro bowls, and making the 53-man roster is a big step, but nothing changed with my mentality.”

Although Sankey’s reaction is professional, his former linebackers coach at Sac State — Tyler Almond — couldn’t be happier for him.

“I actually just finished our game and got back to my cell phone and saw the text and said he got called up to the 53-man (roster), and I was elated,” Almond said. “He has worked his tail off and has persisted through adversity. It couldn’t happen to a better guy.”

After Sunday’s game in which he played 15 snaps against the Cardinals on Sept. 17, Sankey was waived by the Colts, but he said he was aware that might happen.

“Everybody on practice squad knows how the business is,” Sankey said. “At any time, you can be cut. Sometimes they come for a day and get cut, sometimes a week, couple weeks or a month. You want to stay on the practice squad, but at the same time, you want to make that move.

“You don’t want to stay on practice squad your whole career. You want to get activated; that’s the goal. If you’re not on a $10-15 million contract, your job is on the line everyday.”

Sankey, who finished second in the country with 13.9 tackles per game during his senior season at Sac State, said he expects to resign with the Colts within the next few days and has two goals he wants to complete during the rest of the season. First, he wants to spread the gospel to others through his belief in God as a Christian man.

“Other than that, I want to get my name out there,” Sankey said. “By the end of this year, I want to let people know I can play. I want every coach in the league to know that Darnell Sankey knows what he is doing. Just keep performing and making a living.”