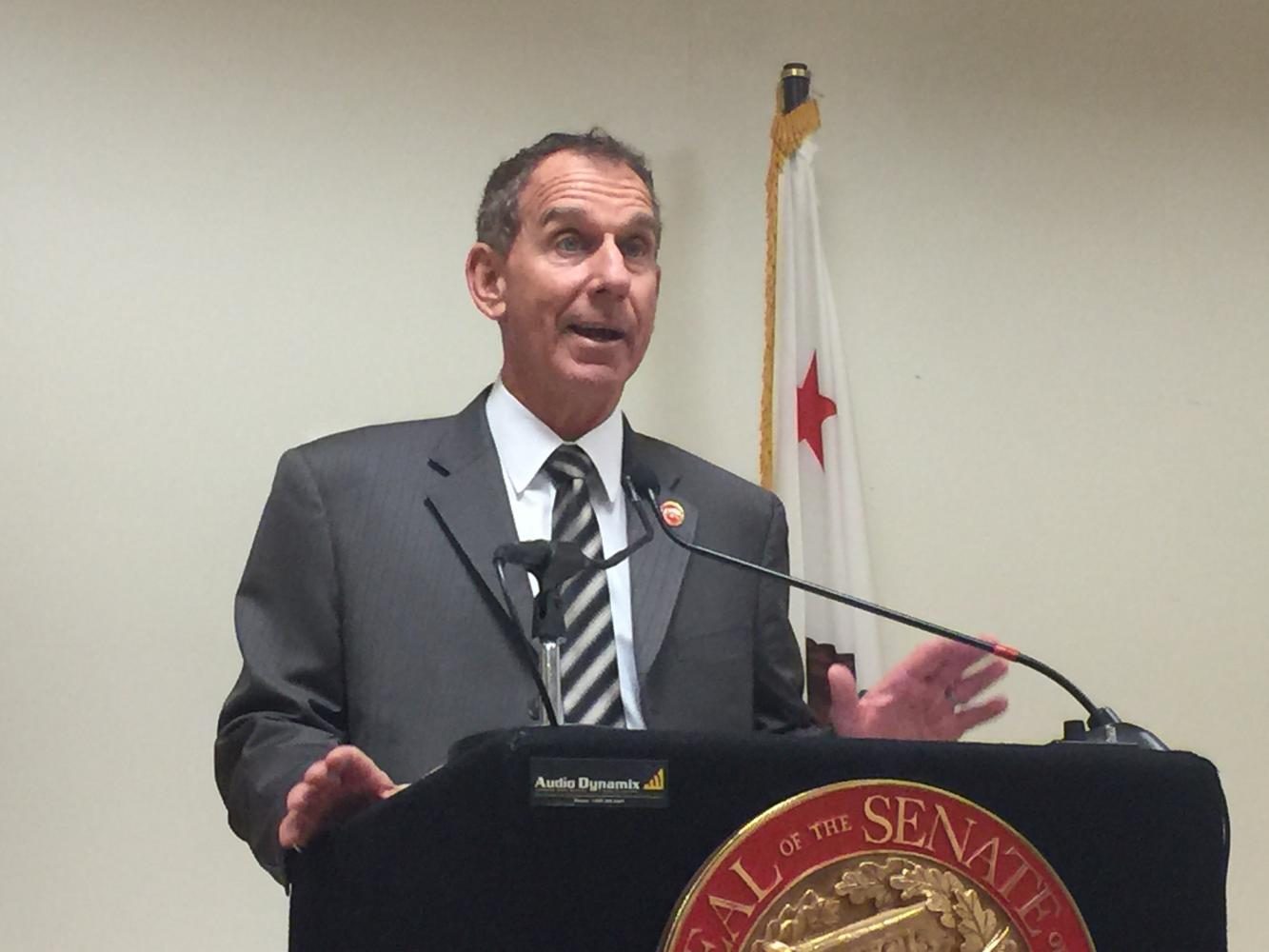 California State Senator Bob Wieckowski speaks at a press conference regarding Senate Bill 16 at Sacramento State on Wednesday, Aug. 30. SB16, which was authored by Wieckowski, would lower the cap on the amount of wages private student loan lenders can garnish from borrowers.

California State Senator Bob Wieckowski, joined by student representatives from Associated Students, Inc and the California State Student Association, held a press conference at Sacramento State Wednesday to rally support for a bill which would lower the cap on the amount of wages private student loan lenders can garnish from borrowers.

Under Senate Bill 16, the amount private banks would be able to garnish would be capped at 15 percent of a borrower’s wages, which is consistent with the federal student loan cap, rather than the current 25 percent.

Sen. Wieckowski, D-Fremont, who authored SB 16, spoke of the importance of the bill as a piece of a solution to overwhelming student debt rates in California.

“This is just a small slice,” Wieckowski said. “Obviously, on the front end, one (part of the solution) is to reduce tuition costs, the other is to do financial education to students and their parents before they sign (private student loans).”

Wieckowski stressed that allowing the current cap to stay in place would serve as an impediment toward the success of recent graduates.

“It’s time to create some parity between the federal and private student loans when it comes to garnishing the little bitty check that struggling workers have,” Wieckowski said.

Ryan Brown of @csustudents speaks in favor of #SB16 at Sacramento State pic.twitter.com/aEsaiyrzbN

“I happen to know a student personally who graduated years ago, who is, unsurprisingly, working as a barista. He graduated with a BA in government,” Brown said. “He is still living with his parents. He is trying to find a better job. He’s trying to save money to go to grad school. But he can’t, because his wages are being garnished. He’s not able to save the money he needs to go on with his life.

“Senate Bill 16 is going to directly impact this person’s life and allow them to succeed,” Brown said.

Sacramento State student and ASI legislative affairs coordinator Travis Legault, who provided an endorsement on behalf of ASI, said that his concerns about what the economy will look like when he graduates contribute to his support of the bill.

“I cannot imagine trying to dig myself out of the hole that I would be in at a 25 percent wage garnishment, especially in this state, where we see the cost of housing, the cost of living is going up every year,” Legault said.

“I hope that Assemblymembers that may be on the fence about this piece of legislation will think about the students that will be affected, now and in the future.”

Wieckowski concluded the event with a plea for help.

“I need your help. I didn’t get enough votes in the Assembly last time we brought this up, so we’re bringing it up again,” Wieckowski said. “Let’s pass this thing. Let’s get it done, and let’s remove this burden and this impediment to so many students.”