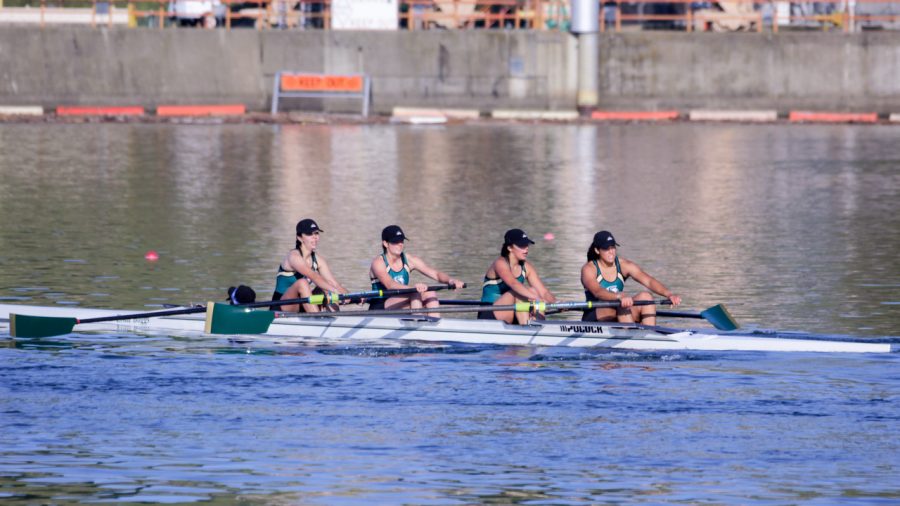 “Today’s races were really good, it was really competitive,” Sac State varsity-eight rower Jill Modean said. “It was nice to have crews that were really close to us today, so it was definitely head to head.”

The Hornets were also in tight competition against Boston and Clemson in the junior varsity eight race before finishing in second place.

“We started off in the JV eight in the first 1,000 meters pretty strong and I think we sort of let Clemson walk through us in the third 500,” junior varsity-eight rower Anne Smolenski said. “I think going into our next couple of races, we really want to focus on that third 500 and make that our strongest part of the race.”

After second-place finishes against Boston and Clemson in varsity four and second varsity eight races, Sac State ended its last race (varsity eight) of the invitational in third place with a time of 6:55.02. The finish came down to the last seconds as Boston, Clemson and Sac State all nearly placed within two seconds of each other.

“We’re putting ourselves in good positions, we’re just not closing out races,” Sac State coach Mike Connors said. “We just have to learn how to be better and be more consistent in terms of getting the results that we want, but I thought we did some good things this weekend, we’re just not there yet.”

The Hornets will get nearly three weeks off before returning to Lake Natoma for the Western Intercollegiate Rowing Association Championships from April 29-30.