CSU Board of Trustees sue manufacturers of $800K tracks 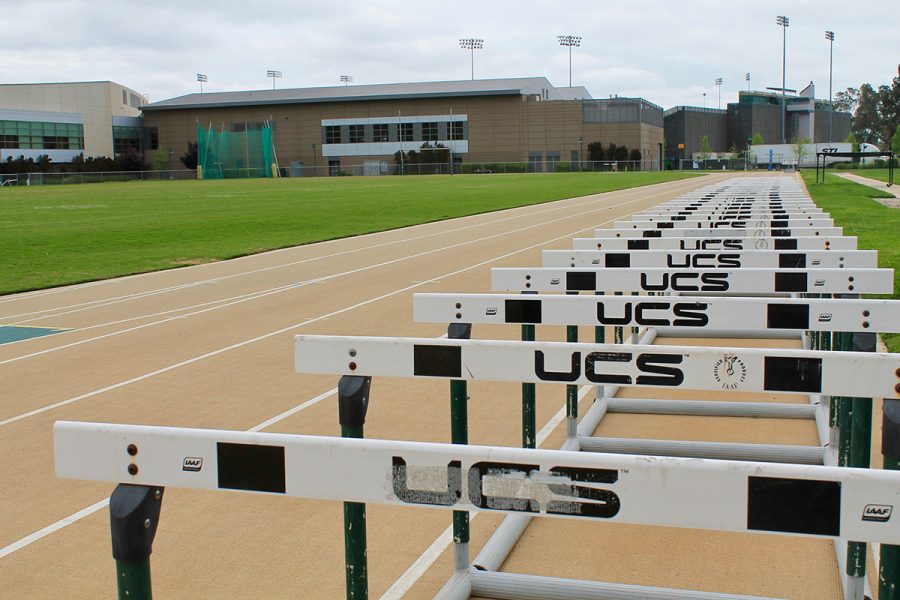 The California State University Board of Trustees filed a lawsuit against Mondo USA on March 14 due to the appearance and performance of the Sacramento State tracks at Hornet Stadium. (Photo by Sami Soto)

The California State University Board of Trustees filed a lawsuit against manufacturer Mondo USA on March 14 due to the appearance and performance of Sacramento State’s $853,270 tracks at Hornet Stadium.

The board is suing the manufacturer for a breach of contract, breach of express warranty, breach of implied warranty of commercial fitness and merchantability, negligence, breach of the implied covenant of good faith and fair dealing.

Issues first arose with the main athletic track and warm-up track two months after Sac State signed off on its completion in July 2014.

The university notified Mondo USA of discoloration and staining in the green and gold color scheme of the track, according to an 89-page lawsuit obtained by The State Hornet.

“Since the installation of both the main athletic and warm-up track, both tracks have experienced considerable fading, staining, and related conditions rendering the appearance and performance of each track unsuitable for their intended use,” the CSU claimed on page five (section 18, lines 9-11) of the lawsuit.

A warranty of five years was given by Mondo USA for full coverage of any manufacturing flaws as long as the tracks were maintained to the standards Mondo USA recommended.

“However, in no event shall any manufacturing defect affecting only the aesthetics and not the performance of any Specified Product require Mondo to provide anything other than a reasonable aesthetic solution,” Mondo USA said on page 89 of the case document.

Mondo USA also blamed the maintenance staff at Sac State for the poor condition of the tracks, but the CSU stated on page five of the lawsuit that “its employees and agents, have at all times maintained both the main athletic track and the warm-up track in manner consistent with Defendants’ recommendations and specifications.”

Last fall, Mondo USA attempted to fix the issues by laying a protective coating on the tracks, but Sac State claims it made the situation worse and further damaged the performance of the surface.

Sac State issued a statement to The State Hornet by way of email saying “The university is continuing to work with Mondo to address our concerns.”

The CSU states on page six of the lawsuit that the state of the tracks have “damaged Sacramento State’s reputation as a venue for a variety of professional and college sporting events in that the condition and appearance of the track regularly is depicted during sporting and other events taking place at Hornet Stadium.”

Sac State is set to host the Big Sky Championships from May 10-13 and the USA Track & Field Junior and Senior Nationals from June 22-25, but there’s been no word on if the lawsuit will affect its hosting duties.

The Sac State track and field department could not be reached for comment regarding the lawsuit.

Monda USA could not be reached by The State Hornet, as of press time.

The trial date between the CSU Board of Trustees and Mondo USA is set for Sept. 14 — three months after the outdoor track and field season is over.