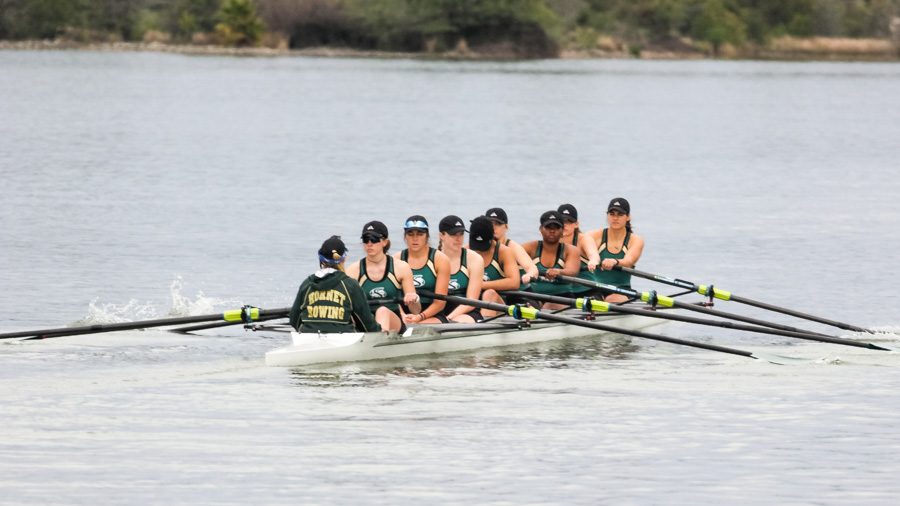 The Sacramento State women’s rowing team returned to Lake Natoma and took first place in varsity four against four other colleges Saturday in the Hornet Invitational.

The Hornets took second in all of their varsity eight races against San Diego State. Loyola Marymount, Saint Mary’s and Drexel were also in the competition.

“Our eights this morning were, for some reason, just off,” Sac State coach Mike Connors said. “The second half of the race was not aggressive and we got rode through by San Diego State. That was very unfortunate and disappointing.”

Sac State bounced back and came out with first place finishes in both varsity eight and varsity eight’s second team.

“The first race was really good, but we knew what we needed to improve,” senior varsity four rower Chelscie Pacheco said. “We weren’t as powerful as we were supposed to be and what we did wrong with our technique and ratio, so we came back and during our second race we fixed all that.”

Sac State ended the day with a total of four golds and three silvers in the Hornet Invitational.

“Our fours raced well all day,” Connors said. “We had some different lineups and I thought they adapted well to those changes and had good races.”

The women’s rowing team will practice all of spring break before traveling down to Southern California for the San Diego Crew Classic April 1.