Sac State $100K graduation shortfall cut in half after agreement 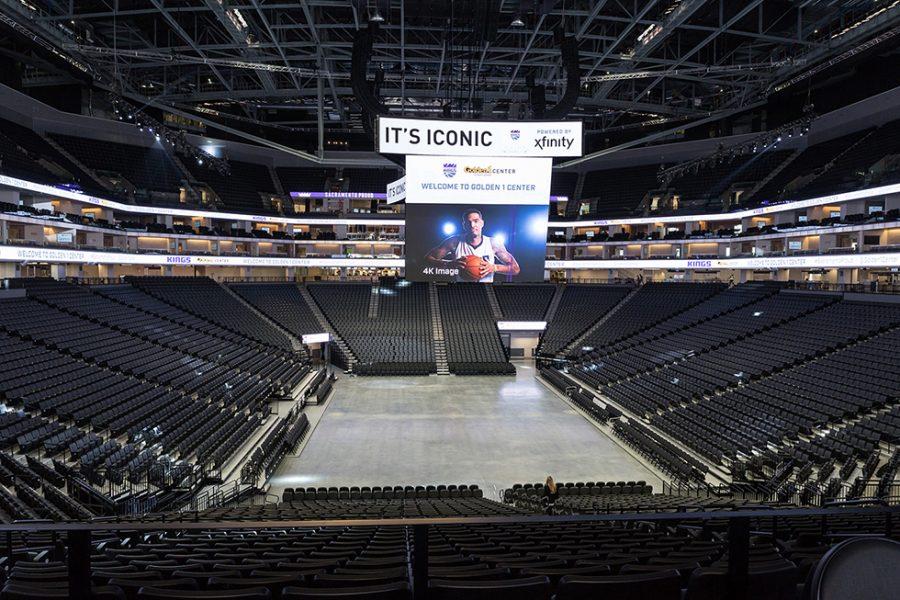 The Golden 1 Center, pictured, will be the location for May's Sacramento State graduation ceremonies. The city, school and the Sacramento Kings have reached an agreement that allows the school to avoid paying a $50,000 fee to use the space. (Photo by Francisco Medina)

The spring graduation at Golden 1 Center will be designated as one of the city’s nine civic events that can be held there annually, cutting the university’s $100,000 funding shortfall by half, according to a joint press release from the city, Sacramento State and the Sacramento Kings on Friday.

It was revealed Tuesday that the university’s budget for graduation was about $100,000 short of the projected total cost, $190,595, which would be nearly triple what was charged at previous commencement venue Sleep Train Arena.

Sac State spokesperson Elisa Smith said to The Sacramento Bee Tuesday that Golden 1 Center was the best option off-campus considering the expected crowd size, and Sac State President Robert Nelsen said in a university email that hosting on campus would have not offered enough seating, and incurred costs higher than Golden 1 Center anyway.

Sac State spokesperson Elisa Smith said to The Sacramento Bee Tuesday that Golden 1 Center was the best option off-campus considering the expected crowd size, and Sac State President Robert Nelsen said in a university email that hosting on campus would have not offered enough seating, and incurred costs higher than Golden 1 Center anyway.

A Bee editorial Wednesday proposed that the city designate the graduation as a civic event, which would allow the school to avoid to paying a $50,000 rental fee to the Kings.

The State Hornet reached out to members of the Sacramento City Council on Thursday. Steve Hansen, who represents the district including the downtown arena, said that it would be a “great way to give back to the University.”

Jeff Harris, who represents the district containing Sac State on the council, indicated the same day his willingness to work with Sac State President Robert Nelsen on lowering the cost to the school.

Other city council members and Mayor Darrell Steinberg did not respond to requests for comment.

Assistant City Manager John Dangberg said that the city and the Kings had been in discussions with the school on the prospect.

The school will still have to reimburse the city for some costs.

“(Sac State) will have to pay for all out-of-pocket expenses (with no-markup) just as the city or any other user of the arena for a civic event, unless of course, they reach some other agreement with the Kings,” said Dangberg in an email. “Going forward, the city will not be involved in reviewing expenses and/or reimbursements for this event.”

The graduation will be the first civic event that will be held at the Golden 1 Center under the terms of the city’s Arena Management Operations and Lease Agreement (AMOLA).

The ceremonies will be held May 19-20 and will be the first commencement exercises held at the arena, which opened in September.

The school announced the final location, dates and times of the event last week, much to the consternation of some graduates who felt they were not given adequate time to inform visiting family.

“A lot of family was asking what day it was going to be and they wanted to take days off, and because there was such a delay they had to hold off,” said Raveena Hans, a biomedical student.

As of Friday, the school has not considered how to make up the rest of the shortfall, according to a spokesperson.