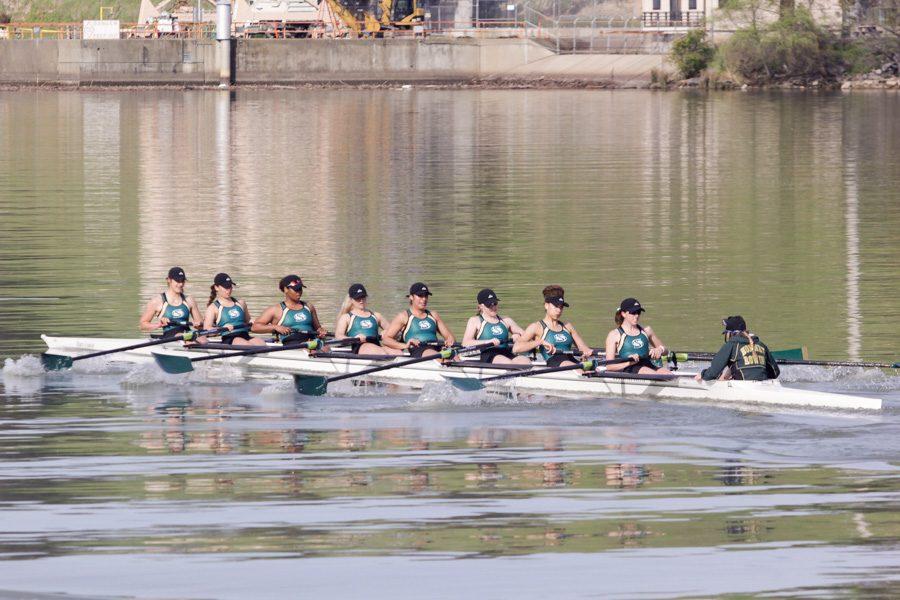 The women’s rowing team opened its spring season at the Sacramento State Invitational Saturday morning with a first place finish in three out of the six races at Lake Natoma.

The racing conditions featured no wind and flat water as Sac State was able to take home gold medals in the varsity eight, second varsity eight and varsity four.

Sac State fielded a total of six boats in Saturday’s regatta including the first, second and third varsity eight boats — as well as the first and second varsity four.

The Hornets’ varsity four also posted a winning time of 7:48.8 after beating Humboldt State (7:56.5) and Orange Coast College — the two other teams that rounded out the top three finishers in a five-boat race.

“Now that we are back at (Lake) Natoma rowing every day, we can make a lot of progress,” Connors said. “We’ve got some good races coming up next weekend and we’re definitely going to be preparing for that.”