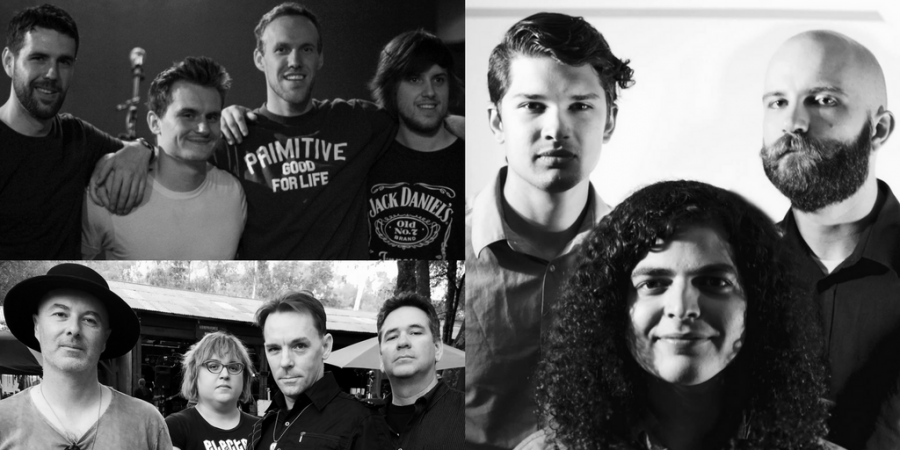 A total of eight local musical groups will enter Sacramento State’s third annual Battle of the Bands competition this year, which is hosted by the UNIQUE Programs on Dec. 1 in the University Union Ballroom.

According to UNIQUE, the eight bands competing are Stockton-based Malaska, Whorrifick from Woodland and Sacramento-based Plots, 21B, Bad Mother Nature, ACTUALITY, Atlas Park and Nevergood.

On the day of the show, each band will perform three songs for its 15-minute set. The judges will look at each set’s quality of sounds and originality in style.

Other winning qualities that judges will look for are crowd interaction and response.

The winner of the competition will receive a $500 certificate to Guitar Center and a chance to return to headline their own Wednesday Nooner concert the following semester.

This year’s lineup showcases bands with influences from well known music legends like The Beatles, U2, Led Zeppelin and Jimi Hendrix.

“We are enthusiastic about the event because we love to play our music and we enjoy getting to know the other bands,” said Jebby K., lead singer of classic rock group 21B.

Aside from taking home the prizes, most contestant groups said that they hope Battle of the Bands will help expose their image and music to the open-minded demographic of college students at Sac State.

John Spomer, bassist of indie-alternative band Atlas Park, said that a huge reason for him and his bandmates to enter the competition was for fame and fortune.

“Seriously, I think with the addition of Katherine Cahill — our new lead guitarist — we’re now focused on getting out to playing gigs on a regular basis again,” Spomer said. “And this competition is a great platform to broaden our fan base in Sacramento and allow people who may not have heard our music in the past to experience it, have a great time and hopefully want to come back for more.”

Spomer also said that he has been eyeing Battle of the Bands long before he even began playing music. For him, it would be a great honor for Atlas Park to win the competition because of how local and unique it is.

“Well obviously it would be a great achievement that we could use (the competition) to promote ourselves in the area,” Spomer said. “Besides that though, as artists, it’s always nice to get recognition for something you’ve poured a lot of hours and energy into and to know that what you’ve created something that music lovers really enjoy too.”

On the other hand, rock groups Malaska’s drummer Andrew Paunon and Bad Mother Nature’s guitarist Corey Allred said that even though the prizes are tempting and the massive exposure is a great advantage, their main focus will still be about entertaining the crowd who are there to enjoy their music.

Though for Paunon, the crowd is only entertained when the performers can also be seen enjoying themselves on stage.

“Something that I’ve observed from us playing shows is that we play for ourselves first before the audience and that may seem selfish to hear at first, but it really is to the benefit of the viewers,” said recent Sac State alum Paunon. “We have to enjoy what we’re doing and ourselves first. I mean, in my opinion, I don’t want to see a band try too hard to please the crowd and totally neglect what they’re doing and let it affect the performance.”

This year’s Battle of the Bands will take place inside the University Union Ballroom on Thursday, Dec. 1.