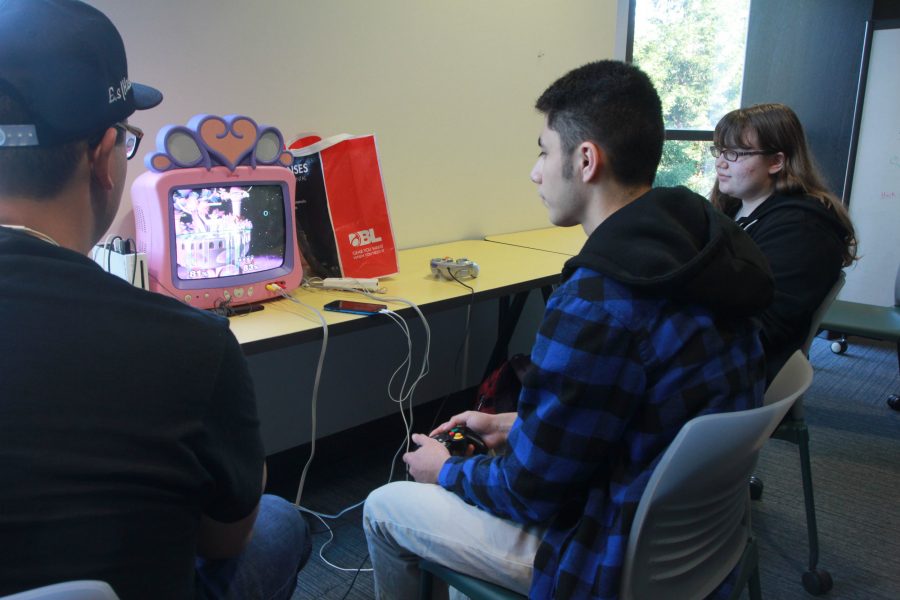 Three years ago, after losing a game of “Super Smash Bros. Melee,” then-sophomore graphic design major Ray Burgess discovered that there was an active community around the game upon online research of tournament level gameplay.

This community, Burgess said, is something he couldn’t find at Sacramento State. Soon after, he brought the idea to some friends and the campus’ only Super Smash Bros. Club was born.

Some members would bring their own TV and game equipment to play during meetings. A small group of them can also occasionally be found on the third or fourth floor of the AIRC.

Member James Appel, a junior business major, said he carries around a TV, a GameCube console, a power strip and controllers to play with his friends in the AIRC after class often because of the space’s relaxed vibe compared to the rest of campus.

“I love the game so much that I’m willing to go out of my way and buy a TV to lug around in my car and go get it to play on campus,” Appel said. “So it’s all fueled by my love of the sport of Super Smash Bros. Melee.”

Freshman computer science major Alex Blanco said he decided to get his own TV when he saw other players bringing their own CRT TV sets to tournaments.

Blanco’s TV, though, is different from others’—it’s a pink Disney princess-themed set that he picked up in the kids’ department of a local Goodwill.

Since then, Blanco has frequently brought the pink TV to play with Appel and other members of the club. The TV gets the attention of some passersby, but Blanco said that he doesn’t mind the weird looks he receives. And like others in his group, Blanco said he enjoys the competitiveness of the game so much that he’s willing to go above and beyond to be able to play and compete.

“We play the game that was released on GameCube, which has more of a technical value to it,” Blanco said. “There’s certain timings and certain frames that make it more difficult as a game, so people like to compete in this game more than in [newer games like Super Smash Bros. 4].”

“Melee” is a single or multiplayer fighting game that was released in 2001 by Nintendo. The game is widely known for its tournament-style concept, with championship competitions held by Major League Gaming and Evolution Champion Series. Establishments like the Cafe Colonial in Sacramento even host local tournaments.

“The entire game is based around this idea that you’re on a stage and you’re trying to keep your opponent off of it,” Burgess said. “Whether that means building up damage so you can hit them further, or just getting them off the stage and then strategically keeping them from getting back on before they run out of jumps.”

Burgess, now a senior, stepped down from his position as president of the club at the beginning of the semester to focus more on his classes. He said he joins other members at the AIRC to play when he has time and is happy to see how the rest of the club is still so devoted to the game.

“I feel even better about it now, because now that I’m no longer the president, it’s great to see that [the club is] continuing without me,” Burgess said. “Now that you know this exists, you’ll see people carrying TVs around campus, and I guarantee you it’s for our club.”