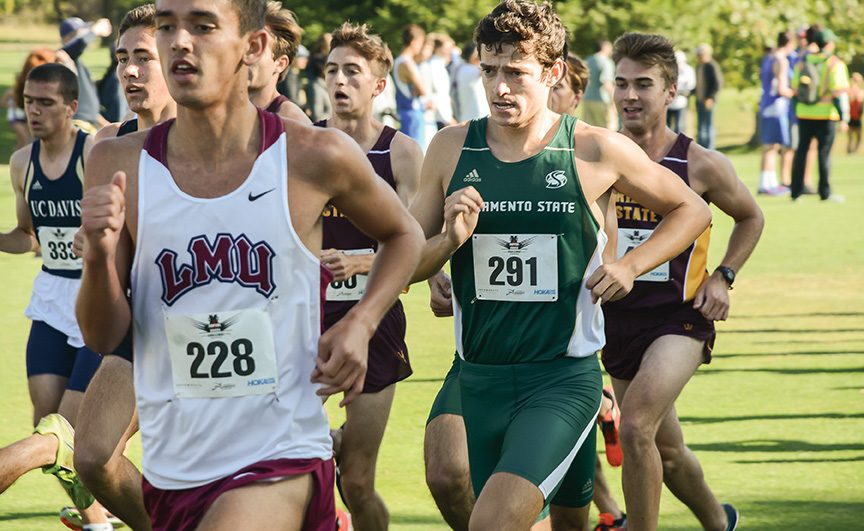 Junior Sam Scheuer runs in the lead pack of the men's 8k cross country race at the Capital Cross Challenge at Haggin Oaks Golf Complex on Saturday, Oct. 1, 2016. Scheuer set a personal best in the men's 8k at 24:55. (Photo by Matthew Dyer)

“It was a pretty tough race today, but we all just ran our best,” Scheuer said. “We all PR’d, we went out there and did better than last year which is all you can ask for.”

On the women’s side, sophomore Amy Quinones finished in 10th place and broke a personal record by finishing the 5k race in 21:07.

“I’m always reaching to the next level, yesterday coach told me I should reach for running a 20:59, and to run a 21:07 feels great especially with the course being longer than normal,” Quinones said. “To break my record on a longer course is amazing.” 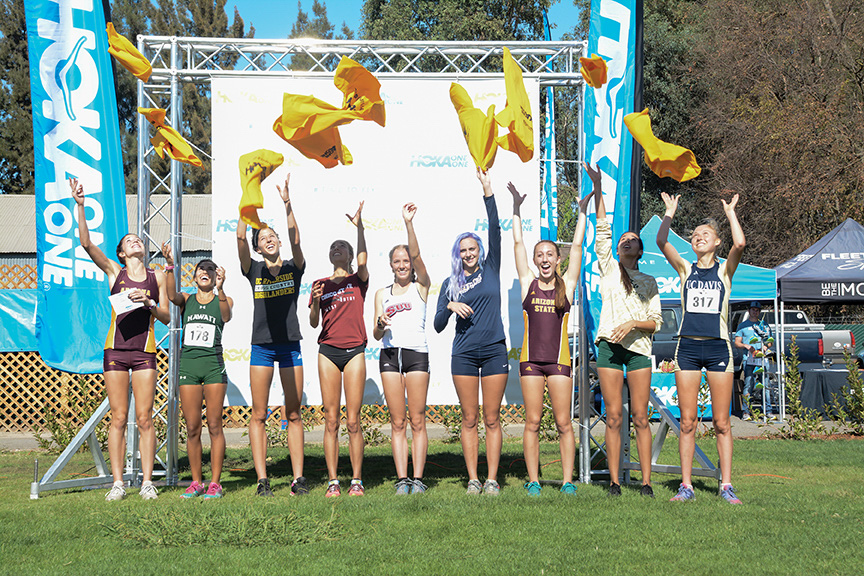 Sophomore Amy Quinones, second from the far right, poses for a picture with the rest of the top finishers of the women’s 6k cross country race at the Capital Cross Challenge at Haggin Oaks Golf Complex on Saturday, Oct. 1, 2016. (Photo by Matthew Dyer)

“They had a great day today — I’m very pleased with the progress they have made,” Sac State head coach David Monk said after the Capital Cross Challenge. “Individual progress is the most important thing.”

Sac State runners breaking personal records has been quite an accomplishment for Monk as he has had only six weeks with the program, so far.

“It has been a very quick turn around, but everyone is doing great and working their hardest, and as long as they are enjoying what they do, that is what matters,” Monk said.

The Hornet cross country team will next compete at the Bronco Invitational in Sunnyvale on Oct. 15.