Sacramento native Cornel West to speak on campus next week 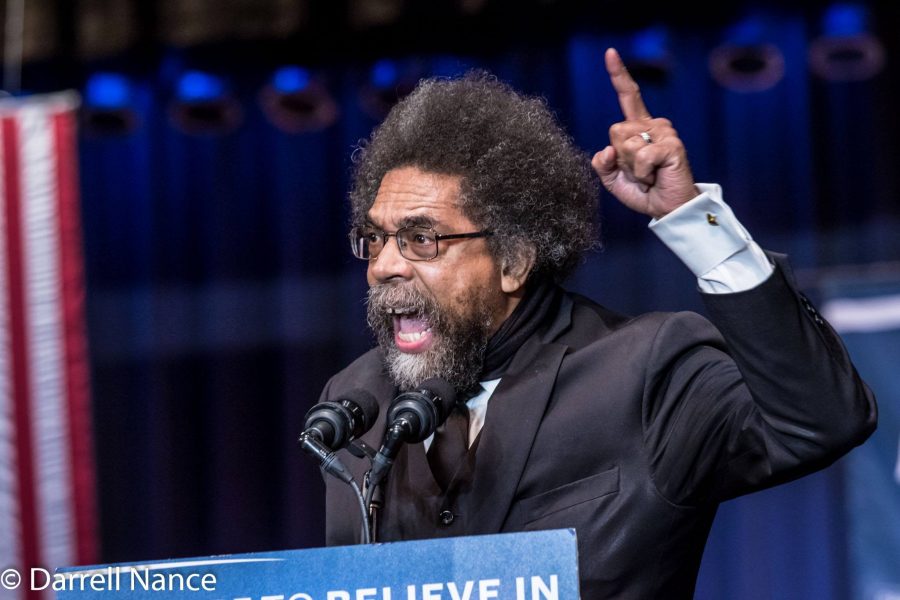 After graduating from John F. Kennedy High School, a young Cornel West left Sacramento and went on an odyssey that would eventually place him in the foreground of the philosophical conversations concerning racial politics in America.

Since leaving Sacramento, West has become a philosopher and professor who has studied and worked at both Harvard and Princeton, and currently is a professor of philosophy and Christian practice at Union Theological Seminary and professor emeritus at Princeton.

Now, West is coming back home to speak at Sacramento State, almost a dozen miles from where he got his first diploma.

West is speaking across the country as part of the “Democracy Matters Tour,” which is billed to address topics like equality and justice, while also featuring comments on racial politics in the news and the current political climate, including the 2016 presidential race.

He has most recently been in the news for his support of Senator Bernie Sanders’ presidential campaign. When Sanders dropped out of the race, West then endorsed Green Party candidate Jill Stein.

West’s appearance is the culmination of a three-year effort by Unique Programs advisor Ajamu Lamumba, who had previously seen West speak at Chico State, and served as the spearhead to get nine different campus departments to contribute funds to bring West to Sac State.

“I think it’s gonna be a very big plus for the university to have a native Sacramentan come back who is very well received in the public eye and discuss various topics of social issues,” Lamumba said. “With all the social stuff that we have going on in the world today, it’s something that needs to be discussed.”

Over 1,800 people have listed themselves as ‘going’ on the official Facebook event page.

“It’s an opportunity for people to come in and get a different viewpoint maybe than they have,” said Lamumba. “It’s a chance for them to have their eyes opened and gain some of the knowledge that he has.”

The event will take place in the University Union Ballroom at 7:30 p.m. on Thursday, Sept. 29, and admission is free.