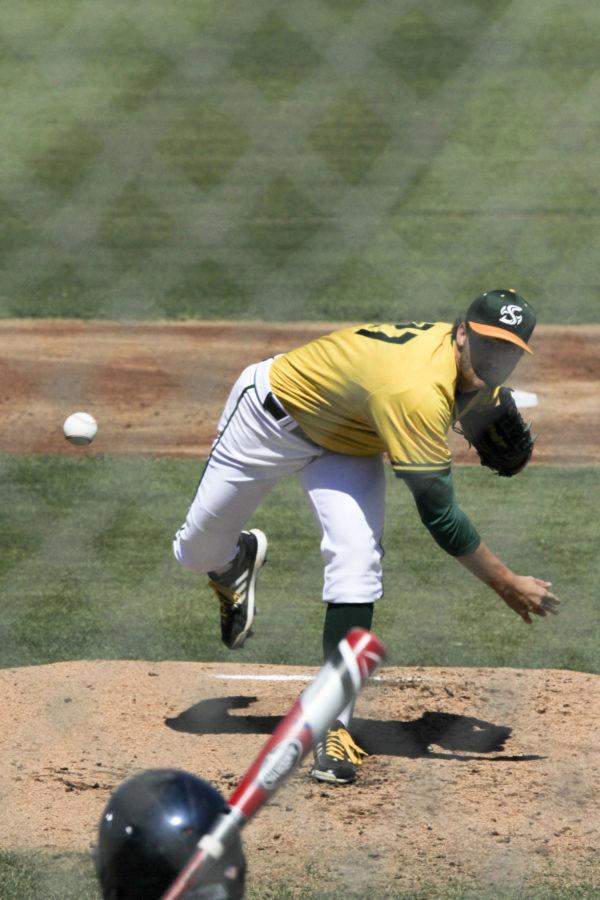 The very next inning, the Hornets scored four runs on four hits and a hit batter. Vinny Esposito led the inning off with a double off the wall to left field. Gunner Pollman followed with an RBI double of his own down the left field line to score Esposito. After a pitching change by Utah Valley, Bronson Grubbs singled to left field and Pollman advanced to third base. Pollman then scored on a wild pitch and Grubbs advanced to second base. Smith singled to left center field to score Grubbs for the third run of the inning. Lewis reached base safely on an RBI fielder’s choice for his fourth RBI of the game.

Karnos only faced 28 batters in the entire game, one over the minimum. Karnos allowed three hits, but the Hornets turned three double plays to lower the amount of batters Karnos had to face.

The Hornets will take on Utah Valley for game two of the three-game series at 2 p.m. on Saturday at John Smith Field. Sac State is currently tied for second place as New Mexico State lost to Seattle U in extra innings.