Guac it or knock it: why you should stop by Baja Fresh 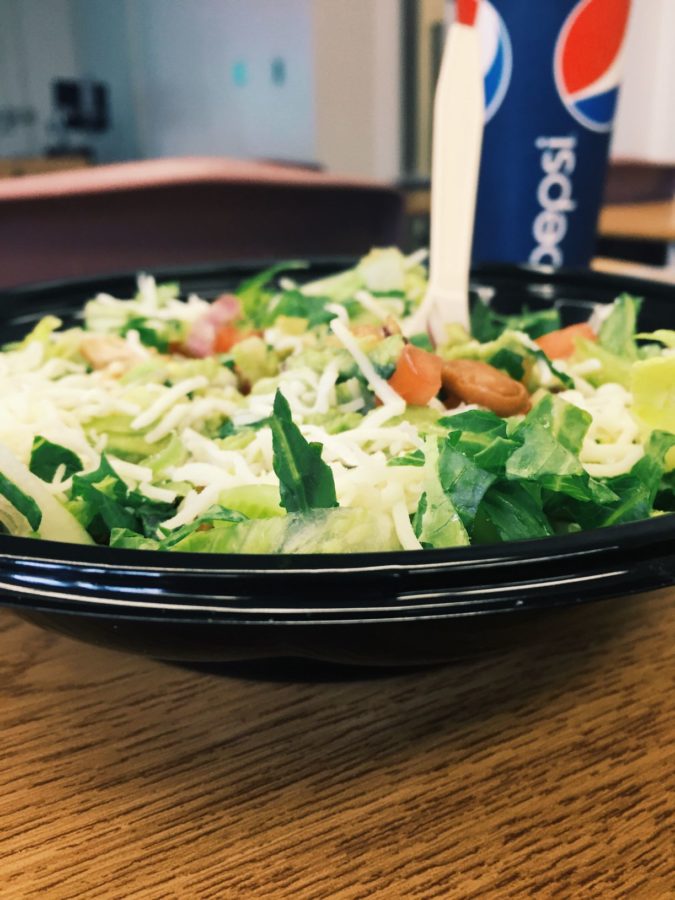 One of the many items on the new Baja Fresh menu located in the Riverside Hall: the taco salad.

What did the college student say to the guacamole? Avocado (I’ve got a) crush on you.

The green form of joy for many individual’s taste buds–guacamole– has made quite the impact in the food industry. The major Mexican food chain, Chipotle, has contributed to the guacamole craze in a great way. Media outlets such as Time, Yahoo and Huffington Post have covered the unveiling of their guacamole recipe.

Chipotle has capitalized off of this craze with their major increases in guacamole prices over the years. In 2014, the price for their guacamole was about $1.80; a year and a half later, that price has increased 8.5 percent and is now about $1.95. This is a pretty steep charge considering on average a meal at Chipotle will cost you $8-$10, with the guacamole topping accounting for about 20 to 25 percent of the bill.

There are those who say the taste is worth it. Sac State student, Mia Desoto, said she gets guacamole every time, though she does feel it’s a little pricey.

As college students, we are always on the go, and for most of us, we take our food on the go as well. Food chains like Chipotle, and now our new addition to campus eateries Baja Fresh, make life a little easier for us. The increasing charges at the restaurants that quickly satisfy a financially struggling college student’s cravings do put a damper on things.

Baja Fresh offers ways to help with this dilemma. Unlike most Baja Fresh locations, our campus restaurant is structured as an express build your own burrito, as one anonymous Baja Fresh employee explained.

Universities Enterprises, Inc. works in partnership with California State University, Sacramento to bring about the necessary changes to better the school on a variety of levels, with food service being one of them. When considering adding another food service on campus, the anonymous Baja Fresh employee said that UEI took into consideration pricing and the express build your own burrito structure; they saw it was a good fit for the students.

Unlike most Baja Fresh locations, you can pick and choose what you would like in your meal. At a standard Baja Fresh, when you order a burrito you pay the burrito price. With the express build your own burrito structure, you are given the option to take out or add items to alter the price of your meal. This gives you the option to avoid extra charges for guacamole, though some of their meals include it free of charge. If you do order a meal that does not have it included, their guacamole will run you $1.75.

The Taqueria near campus, located at 6727 Folsom Blvd., only charges an easy 50 cents for guacamole to be added to meals that don’t already include it.

But if surrendering your guacamole to eat cheaper at Chipotle or Baja Fresh is not an option, buying guacamole at your local grocery store is your best bet.

Sac State student Jessica Newham attributes her Costco membership to the guacamole they sell there. She gets more for her buck and said she enjoys the taste of it.

The grocery store Raley’s sells the guacamole brand Wholly Guacamole. They offer them in various packages and sizes. One package contains four containers, equivalent to the amount of a side of guacamole you would get at a restaurant.

Whatever your choice, it’s always good to support your school eateries, so stop by the new Baja Fresh in River Front Hall and try out the new fresh Mexican food on campus (guacamole may be included).