A case for vaccination: Why your personal belief is hurting others 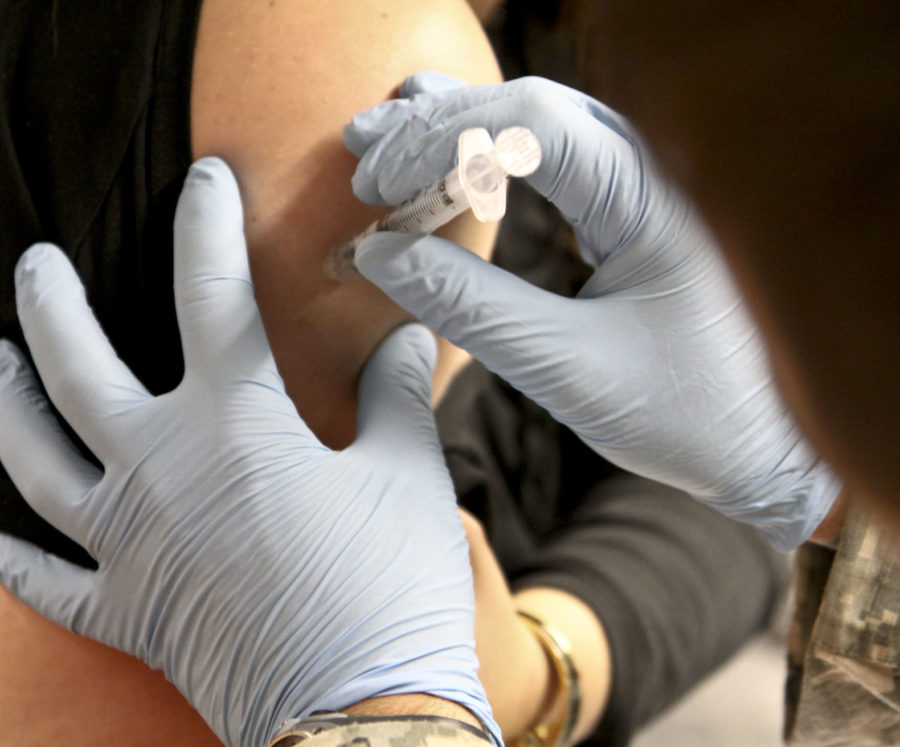 The Centers for Disease Control and Prevention reported that since Jan. 1, 102 people from 14 different states have contracted the virus. Most of these cases are part of the outbreak in Disneyland.

Ever since measles broke out at “The Happiest Place On Earth,” much debate has gone on about the decision to vaccinate children. People have gone back and forth in the news and on social media about leaving the decision up to the parents on what is best for their children. However, it is clear that there is nothing to debate.

For the sake of everyone’s safety: vaccinations need to be mandatory.

Vaccinations were put in place to protect our children (and ourselves, for that matter) in public places like their schools and public parks. But because of a parent’s decision to refuse vaccination of their child, thousands of people have been exposed to measles at our own beloved Disneyland.

The Centers for Disease Control and Prevention reported that since Jan. 1, 102 people from 14 different states have contracted the virus. Most of these cases are part of the outbreak in Disneyland.

Vaccinations should never be up for discussion. Especially if you plan on bringing your child out in public.

According to the World Health Organization, vaccines have prevented 6 million deaths every year worldwide. Unfortunately, this fact does not ring true to enough parents.

For every million children, one may be subject to a serious adverse reaction when vaccinated. It is this one child who is publicized all over the news — instilling fear in new parents across the country. Anyone who watches the news knows we are a country that eats up fear.

As a person who has no children of her own, I am unfamiliar with the fears that parents may experience when exposing their children to a world full of uncertainties. The world can be a scary place. In their defense, the decision to refuse vaccinating their children may come from a place of love and protection.

Dr. Sanjay Gupta, the chief medical correspondent for CNN, could not have written a more perfect response to the “I love my children” argument: “To suggest that anyone who vaccinates their kids doesn’t love them is a whole new level of lunacy. But here is the fact of the matter, for me. It’s not just because I love my kids that I vaccinated them — it’s because I love your kids as well.”

In order for vaccinations to be effective, they must be administered. Maybe it is because the possibility of a measles outbreak has been a rarity that parents are no longer seeing vaccinations necessary. But did they over stop to think that it might be because vaccinations are working?

No child, nor their peers, should be put at risk due to a parent’s bad decision. The government needs to take charge and make all vaccinations mandatory for the safety of children and adults alike. And, of course, Disneyland.