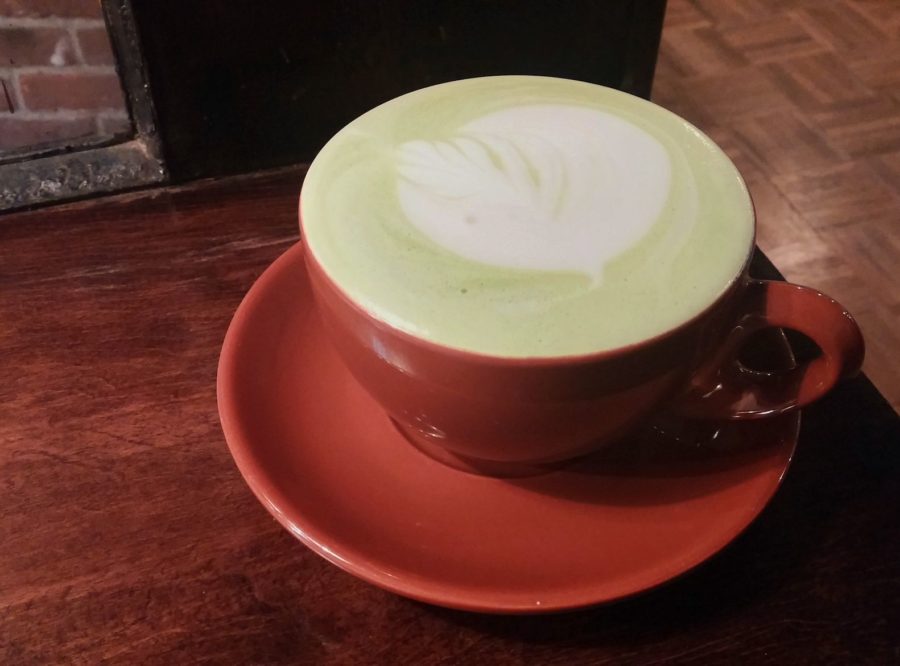 Coffee is an integral part of many students’ morning routines, between trying to finish that last bit of required reading to trying to make it to an early morning class after waking up late.

But, the Sacramento coffee scene has a much richer history than most students would initially guess.

Author and historian William Burg gave an informative talk to the public the evening of Oct. 14 on the history and culture surrounding Sacramento’s most famous coffee shops and cafes. It was held at Insight Coffee Roasters’ Capitol Cafe location, a popular downtown coffee shop.

“The coffee house is a cultural mecca,” said Burg, who recently published his sixth book on the local region, titled “Midtown Sacramento: Creative Soul of the City”.

Burg spent a majority of the talk giving the history of important coffee shops, some of which have long been out of business like Falor’s Coffee and The Venice Cafe, and others that still remain, like Espresso Metro.

“It was really cool to see how much coffee shops had an impact on Sacramento,” said freshman humanities major Kendra Buchanan.

Burg stressed the importance of coffee shops outside providing a quality drinking product to their customers by presenting them as examples of the Third Space theory, a production of identity and community through shared experiences.

“These places became third spaces with an incredible emotional connection,” Burg explained. “We make friends, memories and worthwhile connections. It wasn’t just about coffee, it was the history of local art and culture in Midtown.”

The talk was just one part of the inaugural Specialized Coffee Week, which occurred Oct. 13-19. The week aimed to celebrate local coffee, education and entertainment.

“Specialty coffee is truly a farm to cup process,” according to the event website. “Each batch of coffee must be delicately handled and prepared in each stage: from growing, to the harvesting, to the roasting, to the grinding and brewing.”

Not to be confused with the marketing terms “premium” or “gourmet,” coffee that scores 80 points or above on a 100-point scale, set by the Specialty Coffee Association of America (SCAA), gains the title of “specialty”.

The Specialty Coffee Week featured multiple events related to the famous drink, many of which were free and open to the public.

Thursday, Oct. 16 saw the special local showing of “A Film About Coffee”, which follows the production of coffee from farm to consumption.

The film was shown at the Crest Theatre, and was followed with an exclusive Q-and-A panel of experts, including Eileen Hassi-Rinaldi, founder of Ritual Coffee Roasters in San Francisco; Carter Gunn, editor of the film; and Lucky Rodrigues, co-founder of Insight Coffee Roasters.

“The film was eye-opening, definitely,” said freshman film studies major John Dermott after attending the showing. “It’s amazing how little people really understand about something they drink so often.”

Sacramento sponsors of the celebration were also offering special products during the week, like coffee crème brulee from Magpie Cafe and special coffee themed desserts from Ginger Elizabeth Chocolates.

Coffee lovers maintain that the drink is a social beverage, but in a different vain than beer or tea is.

“Coffee brings people together,” said junior psychology major Gustavo Rubio. “Even if you go get coffee by yourself, a lot of people will sit down and people-watch. You just get a different feeling from drinking it, rather than water or soda.”

This first occurrence of Specialty Coffee Week has received considerable praise and the organizers behind it plan to bring it back in 2015, “bigger and better.”