Hornets outlast Seattle U in 15 innings 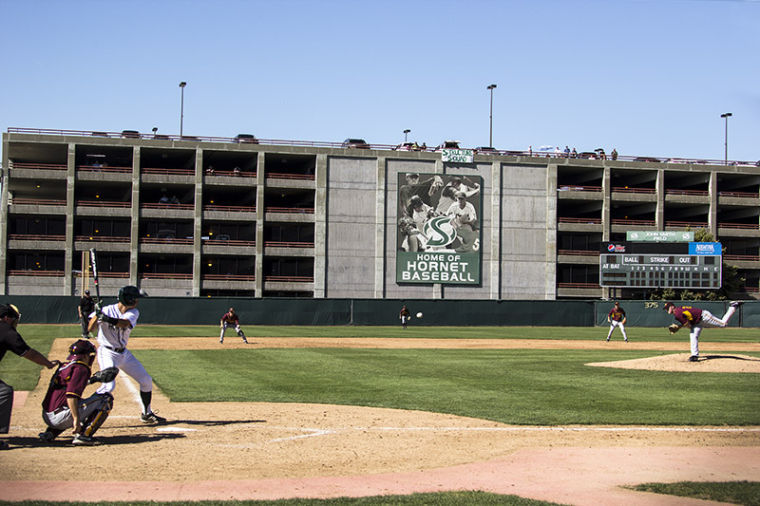 Sacramento State played 15 innings Saturday, in what was the longest game in Hornet baseball’s history, and beat Seattle University with a walk-off single by freshman second baseman Brandon Hunley.

The Hornets took down the Redhawks 4-3 and are currently on a 11-game winning streak. They have improved to 8-0 in the Western Athletic Conference.

In the bottom of the 15th, junior shortstop Scotty Burcham singled, and advanced to second by a sac bunt by sophomore catcher Dane Fujinaka. Hunley, who was previously 0-6, hit one through the right side and Burcham was safe in a play at the plate.

Head coach Reggie Christiansen was proud of the way his team battled, even though overall, the team struggled.

“Both teams played poorly, but it was a situation where you just have to stay in the game,” Christiansen said. “You look at our bullpen, (Alex) Palsha, two scoreless, Sutter (McLoughlin), three scoreless, Chad Perry, two scoreless, Austin Ragsdale, two scoreless. We walked 11 guys, I don’t know, good teams find a way to win games in which we probably shouldn’t have won.”

The Hornets bullpen was not the only thing impressive throughout the game. Seattle U’s relief pitcher Will Dennis took the loss but had a pitching line that is unheard of for a reliever.

Dennis threw eight innings, giving up four hits and the game-winning run on only 64 pitches. Two of those hits, including the run, came in the last inning. Dennis came into the game having thrown only 13.1 innings in nine relief appearances.

At the plate, Sac State struggled as only three hitters had multiple hits in the 15 inning affair. Burcham was 2-for-6 with two runs scored. The shortstop also played great defense that kept his team in the game.

“Our pitchers did a good job getting ahead of hitters, keeping us on our toes with a fast tempo,” Burcham said. “It’s easy to field when your pitcher has a quick tempo.”

The Hornets have won their third straight WAC series and are in first place in the conference. Christiansen likes the fight he sees in his team.

“Good group of kids, their playing extremely hard and we’ve been able to piece it together on the pitching side with some guys banged up,” Christiansen said. “It’s fun to win.”

The Hornets will finish the series against Seattle U, Sunday at noon at John Smith Field.