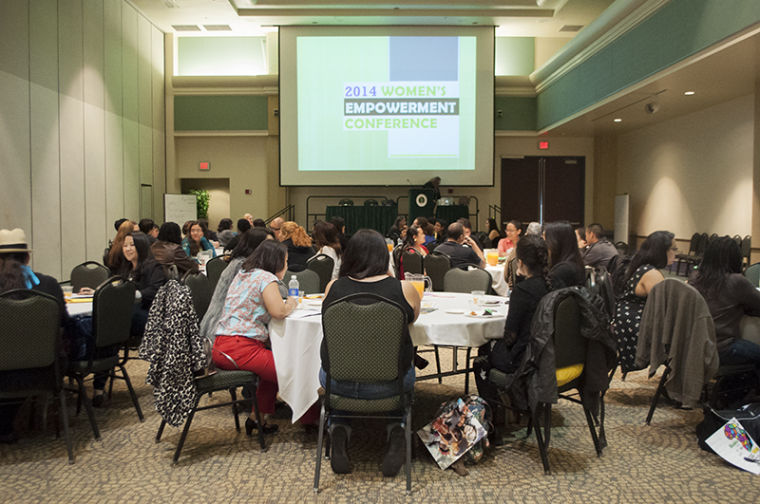 In honor of Women’s History Month, Sacramento State will be hosting an event on Friday that examine some of the inner workings that encapsulate the world of women of color.

In honor of Women’s History Month, Sacramento State will be hosting an event on Friday that examine some of the inner workings that encapsulate the world of women of color.

The “Women’s Empowerment Conference: Examining Intersectionality, Celebrating Women of Color,” is an event put on by the Sacramento State Women’s Resource Center. It aims to explore various issues that affect women of color as well as provide women with knowledge and facts in the hopes of cultivating a more cohesive feeling amongst all women who are a part of the Sac State community.

For 26-year-old sociology graduate student Jessica Castellon, the conference serves as a breeding ground for cultivating empowerment in women that will transcend from the confines of the event.

“I think conferences like these make people feel obligated to learn from each other,” Castellon said, “It’s a women of color conference, but it’s not exclusive.”

Castellon feels an event like this is necessary as it serves to inform women not only about others, but about themselves.

J’Lissabeth Faughn, the director of the multi-cultural center as well as the pride & women’s resource center, agrees, as she believes events like these are needed due to the fact certain issues pertaining to women are not always discussed in-depth in classes.

The event serves to inform people about the various parts of their lives such as their gender, sexual orientation, or race, and how those things intermingle and influence each other. By doing that, the conference hopes to give women more insight into not only how these factors shape the lives of women of color, but themselves.

“We’re in a time where people are just so afraid to have a conversation, so let’s do it now,” Faughn said, “It’s endless how this could impact the [school] community.”

While this is one of the first official conferences of its sort at Sac State, it has been in the works for quite some time.

Last year, a panel was held that focused on empowering women of color. Since then there had been an undeniable yearning from students to explore the topic further.

“We’re hearing from women: they want it. Our students are telling us they want it,” Faughn said.

The event this year will focus on examining intersectionality, a concept coined by women of color.

“Race, class, and gender matter. Any theory or social movement that doesn’t take away from all three, or four if you include sexuality, into account, is inadequate for understanding people’s life experiences,” Ramirez said.

Aja Johnson, a 21-year-old ethnic studies junior, agrees that having a firm grasp on intersectionality is key to understanding some of the struggles that come with being a woman of color.

Johnson herself has been on the receiving end of harsh comments that pertain to her race.

Johnson, who is African-American, recounts times in which people have made statements such as “‘oh, you’re not to black’” in reference to her lighter skin.

Johnson, who is helping lead a workshop on shadism, hopes that the conference will spur people to dissect issues such as how the hue of one’s skin can impact the daily lives of women of color.

It is issues like the one’s Johnson has experienced that make it clear to Ramirez that a discussion about topics relating to women of color needs to be had now more than ever.

“A conference like this is important because it fosters and facilitates cross-cultural dialogue, helps empower young women, and addresses issues of concern for women of color,” Ramirez said, “It’s not often that women of color are provided this kind of supportive space and opportunity for dialogue and empowerment.”

As the final preparations for the conference are made, Castellon echoes the goal that is hoped to be reached, a goal shared by all those who will be attending the conference: unity among women.

“I’m looking forward to the sense of community I’m going to feel- seeing other women of color in solidarity with the faculty,” Castellon said, “I want women of color to leave inspired, empowered, [and] understanding there’s a place for women of color.”