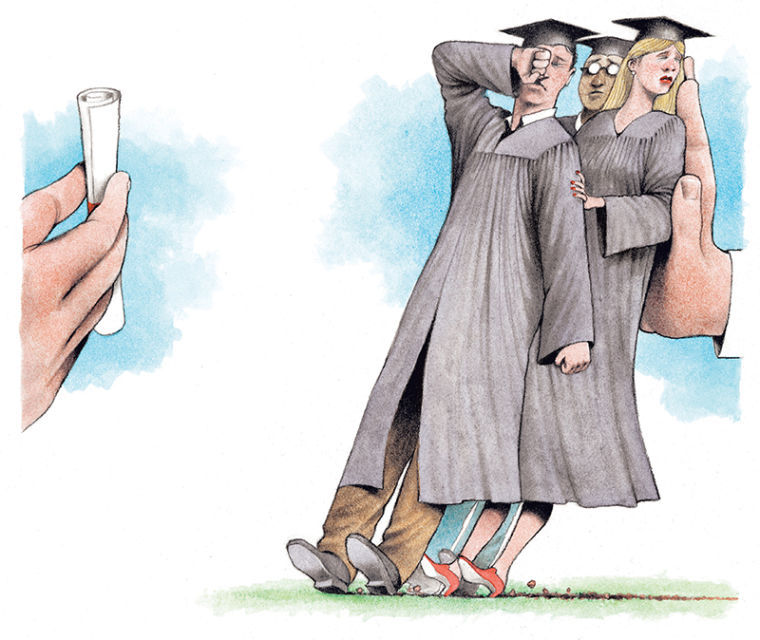 With the California State University still recovering from more than $1 billion in budget cuts since 2007, the evolution of a proper funding model is being considered by California policymakers and higher education officials.

Currently Sacramento State is awarded funding based on the amount of students enrolled, yet this may change depending on how many students continue to graduate in a timely fashion. In other words, the performance of Sac State’s students in areas such as classwork, exams and final grades, could become the sole determinant of how much money the campus receives.

The preeminence on student success data and other metrics creates an inherent flaw with the performance-based model. With such measures in place, higher education institutions in California could potentially become assembly line factories, churning out graduate students without emphasizing the core mission of the CSU, which is to provide an affordable and quality education.

The model has been included in 25 states with several more in the process of implementation, and many institutions with the numbers-driven standard have seen an overall increase in graduation rates. These initiatives differ in a variety of contexts; for example, some are directly tied in with tuition rates while others emphasize the six-year graduation rate.

Yet other states, such as Maine, continue to receive criticism for implementing a model that only partially awards approximately 5 percent funding based on performance. Even such guidelines are under fire because the quantity of students graduated is emphasized over the quality of the education, according to Maine university officials.

If such model were to pass in California, the emphasis on Sac State programs to increase graduation rates, which includes the Graduation Initiative, Academic Advising and First-Year Experience programs, would become the highest priority for the campus.

Whether or not the excellence of these programs can continue to exist as they grow is an unprecedented and worrisome challenge. Academic issues and individual attention, especially in terms of class sizes, could be sacrificed for the sake of numbers, and while university officials will continue to ensure balance, it must do so without infringing on true student needs.

This is particularly true of students who are motivated to learn and succeed, but have not realized their full potential due to racial, economic and social reasons. These risky groups might be dropped from the university – or worse, from admission – out of fear from losing money.

While the CSU and all California higher educations institutions have a responsibility to evolutionize its way of preparing students for the future, it must respect the meaning of a well-informed, knowledgeable education.

With a 2014-2015 proposed budget allocation of only $142.2 million, $95.4 million short of what the Board of Trustees requested last November, Gov. Jerry Brown has sent a clear message to the CSU: even with an improved economic climate, it will take years, if not decades, to restore the cuts higher education has sustained.

It will never be the same. Yet arranging students on a conveyer belt and handing them incomplete degrees is not a solution either.