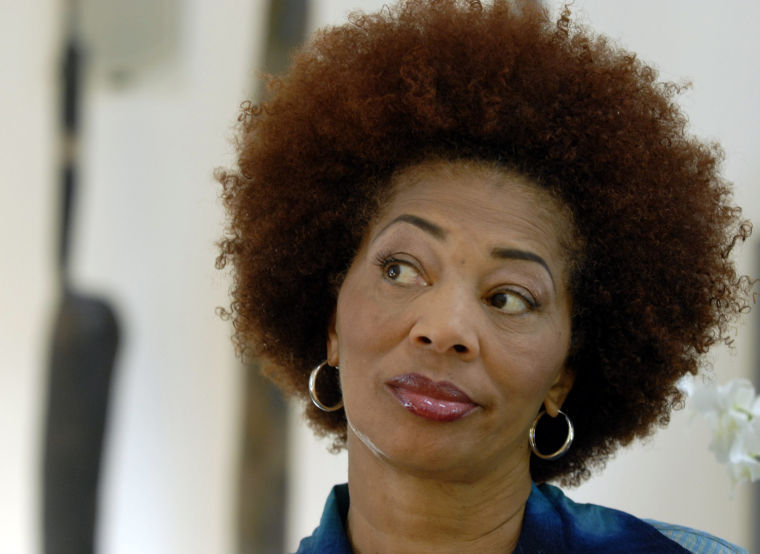 And with that, noted author Terry McMillan set the tone for a night full of laughter, wisdom, and insight.

On February 6th, the New York Times author of such works as “How Stella Got Her Groove Back” as well as “Waiting to Exhale” paid a visit to Sacramento State where McMillan read a passage from an upcoming novel “Almost Forgot About You.”

The novel, still a work in progress, tells the story of woman who decides to delve back into her past and reconnect with some of the men from previous relationships in order to find closure within herself.

In reference to the book, McMillan made it very clear that the character was not derived from her own past.

“People always think this stuff is autobiographical,” McMillan said “I lie for a living.”

McMillan also fielded some questions from the audience, questions that were answered truthfully and with an undeniable wit that only McMillan can give.

When asked about some of McMillans current favorite literary fixes, she stated that she has a wide array of interest such as short stories, but made it clear that she draws the line at science fiction.

“I read everything except science fiction, it freaks me out,” McMillan said.

It is McMillans straightforward attitude that enticed 20-year-old english major Kelly Hartnett to attend the lecture.

“I think she has a very refreshing and honest way of storytelling, it’s really powerful to me,” Hartnett said, “ I think a lot of writers can learn from it.”

McMillans honesty shined bright that night as shown when asked about her thoughts on todays current urban fiction writers.

While McMillan admitted she did not keep up with many modern urban writers due to her own personal preference, she was adamant that they continue to express their stories regardless of what she or others might think.

“I think that whatever helps you clear up some stuff, do it. Be honest – tell your story – because you can’t please everyone,” McMillan said.

“I’ve always been a fan of hers. I read a lot of her novels,” Williams said “She has a way of illustrating events that happen in our lives that we may not be willing to talk about.”

Indeed McMillans pieces have touched on multiple subjects such as homosexuality, alcoholism, and dysfunctional families, something that seems cathartic for McMillan.

For McMillan, it is important that stories are told from varying walks of life.

Hartnett appreciates the fact that McMillan is so open with her writing and is so willing to utilize literature to better help her understand the world.

“The fact that [McMillan] writes for emotional release is really cool. She uses that to explore things in her mind she wants to better understand,” Hartnett said.

Ajamu Lamumba, the program advisor for UNIQUE which was in charge of putting on the lecture, agreed that McMillans open and honest attitude shined bright and cited her “genuineness” as one of the reasons he booked her as a speaker.

Lamumba believed that by bringing in McMillan, students might get a better glimpse at not only her talents, but the talents of other African American authors.

“I like to represent a variety of cultures,” Lamumba said “Our job is not only to entertain, but to educate.”

For Williams, attending the lecture proved to be an otherworldly experience due in part to the personal growth she has felt because of McMillans works.

“She inspires me as another sister to go out and be all that I can be. She has motivated me to write books on my life; just [embrace] who I am as a black woman” Williams said.

While McMillan has proved her staying power, having successfully published 10 critically acclaimed books, she cautions potential writers to be sure about their reasons for wanting to be published.

“You need to question why it’s so important to be published,” McMillan said, “Is it for your ego, or is it a result because you’ve grown as person.”

McMillan also encouraged those who wish to write to not easily give up, making the point that many authors may wait years before they ever get published as she was in her early 30s before she was ever published.

“If you get rejected, pay attention to who rejected you and the critiques they give because you can learn a lot from criticism” McMillan said.

“I thought it was a really fantastic lecture; I learned a lot from it,” Hartnett said, “I’m glad I went.”