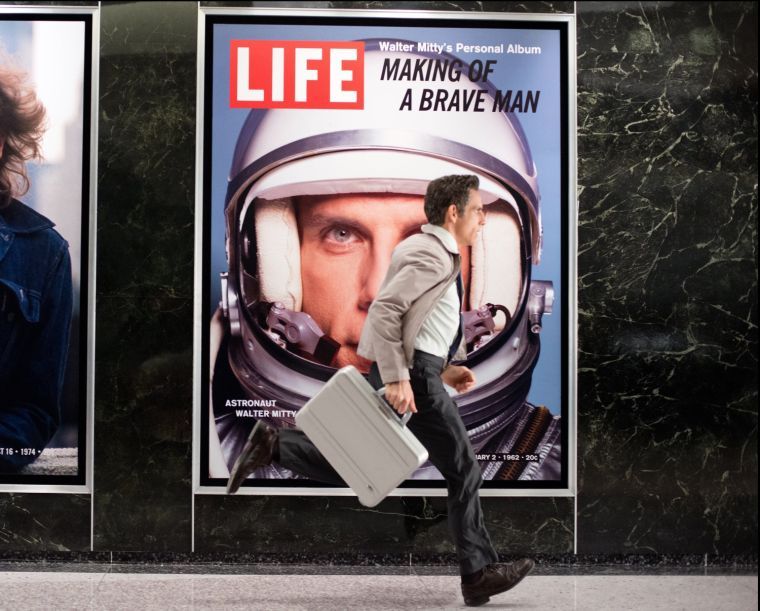 With a movie title like “The Secret Life of Walter Mitty,” it’s not easy to guess what to expect, but it turned out pleasantly surprising, and even inspirational.

Walter Mitty, played by Ben Stiller, is a negative assets manager for Life magazine whose life is safe and comfortable. When Mitty loses the photo negative for the cover of the last issue of Life, he steps out of frequent dramatic daydream fantasies and turns them into adventures to go looking for it.

The movie is an adaptation of James Thurber’s short story by the same name published in The New Yorker in 1939.

Stiller takes Mitty as his own and knows what strings in the viewers hearts to pull. Mitty is easy to root for as Stiller makes it believable that Mitty is ready for the adventures he has always dreamed of.

The movie, also directed by Stiller, has spectacular moments with incredible scenery, which adds to the plot, including Mitty longboarding down the sun-drenched green towering mountains of Iceland.

Stiller, who has not directed a film in five years, directed the movie as a way to prove his abilities not just an actor, but as a director as well, according to the New York Times. The film was a $90 million risk for Stiller, but revamped Thurber’s short story.

“I definitely related to the moments in life where you try to be your best possible self, but you can’t quite pull it off,” Stiller told NPR. “Or you just aren’t, in the moment, who you want to be.”

Life does not always come out as planned, but there is always hope in using the imaginations to escape a life that can be gloomy or tragic.

With imaginations people can dream, hope and wish for things to be true and – as Mitty showed – people can also make dreams a reality by taking the steps to do so. This week’s Culture section was inspired by “The Secret Life of Walter Mitty”and serves purpose to commend some unknown dreams, goals – and even recipes – of the many faces at Sac State.

Wendy Aguilar can be reached at [email protected]