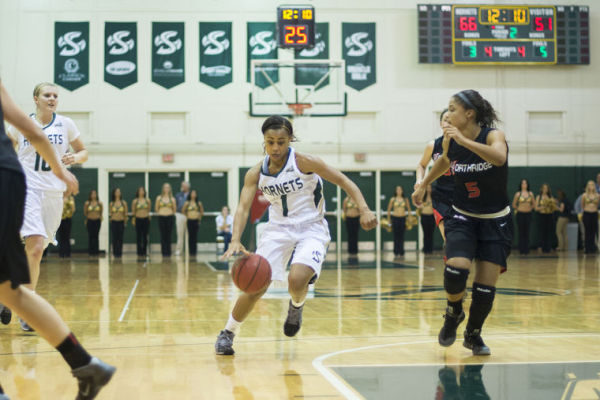 Junior point guard No. 1 Fantasia Hilliard drives to the basket at The Nest earlier in the season against Cal State Northridge.

Hilliard is one of 29 players on the watchlist, which was revealed by the Naismith Memorial Basketball Hall of Fame earlier Wednesday. The Lieberman Award is given to the nation’s top point guard in NCAA Division I women’s basketball.

This season, Hilliard has averaged 13.4 points per game and is fifth in the country with 7.2 assists per game. She is shooting 43.8 percent from the floor, including 40.5 percent from 3-point range.

Hilliard has helped lead the Sac State Hornets to the best start in program history with an 11-2 (3-1) record.