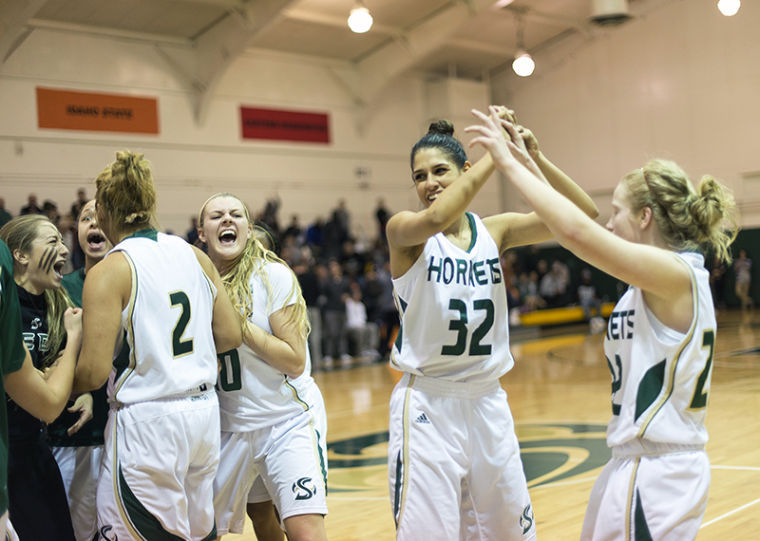 It was the first time Craighead faced Sac State after leaving prior to the start of the season. In four seasons under Craighead, the Hornets were 51-70 overall, with a 31-38 record in the Big Sky Conference.

“For some of our players, it was an unusual situation to play against their old coach,” Harkleroad said. “It took us a while to get in a groove but we stuck with it. We won a close game and we played hard.”

“I can only be thankful. I got to play against one of my favorite coaches in the world,” Moreno said. “We had a great crowd and a win. There’s not much more you can ask for as a player.”

Moreno admitted that she felt some emotions before the game, but brushed them aside when play started.

“I just realized its another basketball game I get to play in and I can only look at the positives,” Moreno said.

One of the positives came in the form of junior guard Takara Burse, who contributed to Sac State’s efforts with 16 points and 9 rebounds.

“This win was great motivation for the team,” Burse said. “With all the adversity we faced with our coach (Craighead) leaving, we’ve embraced our new coach (Harkleroad) and got after ourselves and played well.”

For the Hornets, it was the fourth consecutive win and its 6-1 nonconference mark is good for first in the Big Sky.