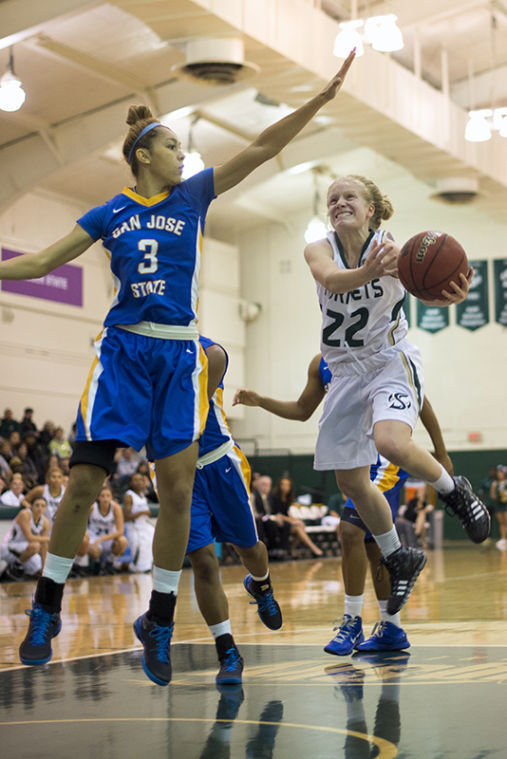 Freshman forward No. 23 Hallie Gennett shoots the ball at the basketball game against the Northridge Matadors on Friday at the Nest.

Freshman forward No. 23 Hallie Gennett shoots the ball at the basketball game against the Northridge Matadors on Friday at the Nest.

Senior guard Alle Moreno of Sacramento State’s women’s basketball team continues to accumulate accolades in her final season as a member of the Hornets.

Moreno said she was honored by the awards, but said her main goal is to help the team win.

“My goals are like any other person’s and that is to win games and win the Big Sky,” Moreno said. “With this team here, I can’t accomplish anything without any of them. If we keep doing this, there is not a lot that can stop us.”

In the Saturday victory over San Jose State, Moreno scored a career-high 28 points on 9-15 shooting, including 4-9 from 3-point range.

Hornets head coach Bunky Harkleroad expressed his thoughts on Moreno’s accomplishments and the value she brings to the team.

“Alle’s play has been clutch. Every game she’s been a huge asset for us,” Harkleroad said. “She comes out every day and plays hard and tries to show the right example.”