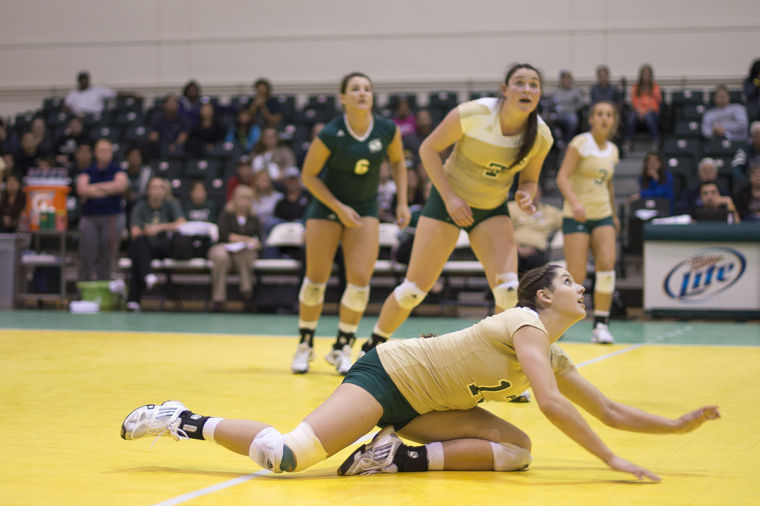 Senior opposite hitter No. 13 Kayla Beal watches the ball after diving to the floor at the game against the Idaho State Bengals.

Sacramento State’s volleyball team will not head to the Big Sky Conference Tournament after falling to Montana Saturday and losing the sixth and final spot needed to make the postseason.

Following the conclusion of the match, the Hornets’ fate was sealed when Northern Colorado defeated Northern Arizona.

Sac State needed a win or a Northern Colorado loss to reach the tournament.

Northern Colorado and Sac State split its regular season matches but the Bears were awarded the tiebreaker due to set differential. The Bears claimed five of the eight sets that were played between the two teams.

Even though the Hornets had the kill advantage over Montana, 68-54, Sac State was sloppy committing 26 errors while the Grizzlies finished with 16.

Sac State volleyball finishes the season with an overall record of 15-16 and a Big Sky mark of 10-10.