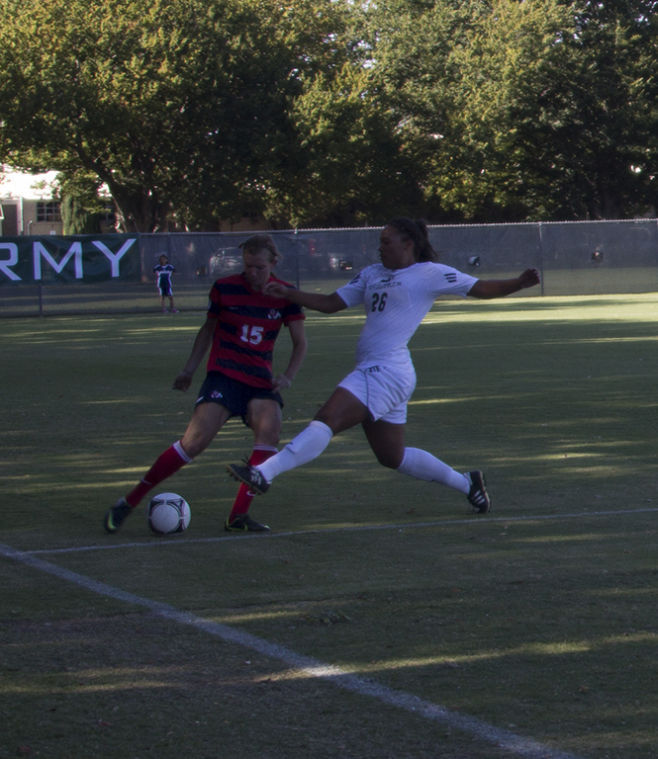 The Hornets found themselves coming from behind on two separate occasions during the match starting in the 22nd minute when the Bulldogs scored off a corner kick.

The first half ended 1-0 in favor of Fresno State.

Six minutes into the second half, true freshman defender Rachel Leonard scored her first goal of the season tying the game at 1 apiece.

“I was happy to help out my team today by putting away the team’s chances with my goal today,” Leonard said.

Sac State played in today’s game with two contributors on the sideline. Junior goalkeeper Kimberly Mata and redshirt freshman defender Alexa Heinzer were out with injuries from the previous game against University of Nevada.

With Heinzer out it gave Leonard her second start of the season, her last start game in the game against Nevada.

Leonard said that it was nice to have the opportunity to start today but she hopes for a speedy recovery for Heinzer.

“With [Heinzer] out today, I knew I had to play as hard as she would if she was playing today,” Leonard said.

The Hornets saw their tie evaporate as the Bulldogs scored less than a minute after Leonard’s game tying goal.

Fresno State’s Morgan Castain scored off a block from redshirt freshman goalkeeper Hannah Gendron in the 52nd minute to give the Bulldogs the lead 2-1 with 38 minutes left in the match.

The Hornets would bounce back in the 72nd minute when senior defender Jordyn Rolling scored her first goal of the season.

Despite the tie, women’s soccer head coach Randy Dedini said he was quite pleased with his team’s performance.

“Once we started to realize we had the advantage with our midfielders, we played a lot better today,” Dedini said. “Although it would have been nice to have kept one of those two goals out.”

You can reach Clifton Jones on Twitter at @JonesSHsports