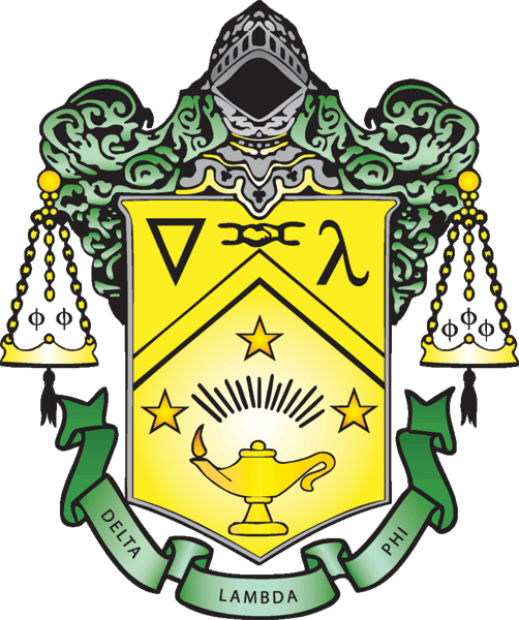 Unity, progression and brotherhood are the foundation of the Delta Lambda Phi Social Fraternity on campus; an all-male fraternity for gay, bisexual and progressive men.

The 11 members of the Delta Lambda Phi Social Fraternity have found a haven of acceptance and equality through their brotherhood.

The non-traditional fraternity is prepared to overcome general societal stereotypes. Business major and President of Delta Lambda Phi, Irvin Bogarin, 22, wants to make sure the student body at Sac State understands exactly what the fraternity stands for.

“We are a fraternity with the same pillars as any other fraternity on campus,” Bogarin said. “We just wanted a place for like-minded men to come together and support one another through a community based organization.”

Delta Lambda Phi Social Fraternity was founded in 1986 and is one of the oldest and largest social fraternities for gay, bisexual and progressive men. There are more than 500 members that make up 30 chapters and four colonies throughout the United States and Canada.

The Delta Lambda Phi Social Fraternity at Sac State is considered a colony because it still has to prove the organization will be active on campus with new members rushing every semester before being recognized as an official chapter .

Members plan on becoming an established chapter in fall 2014.

Social Chair Matt Jara said he always wanted to join a fraternity, but never felt at home until now.

“I really wanted the brotherhood that fraternities are supposed to stand for without all the party emphasis or having the worry if the other guys will accept me,” Jara said. “I didn’t want to rush a fraternity, have to go in the closet again and try to find the right time and people to come out to.”

Jara said he found the brotherhood values of Delta Lambda Phi to be just what he was looking for when seeking a fraternity to call his own.

According to the Delta Lambda Phi’s website, the organization’s mission is based on three purposes: No. 1, develop dignified and purposeful social, service, and recreational activities for progressive men, irrespective of sexual orientation; No. 2 lead in determining the rights and privileges of individuals in society; No. 3 to present a strong and positive image, which respects the diversity of all individuals, irrespective of sexual orientation.

Alumnus Rachid Frihi is a member of Sigma Phi Epsilon at Sac State. Frihi was an openly gay member of his brotherhood and understands why the brothers of Delta Lambda Phi would have wanted to create a fraternity specifically for gay, bisexual and progressive men.

“Whether we like it or not, there is still homophobia out there; especially with gay marriage being such a hot topic,” Frihi said. “I got lucky with a chapter that accepted me at the beginning, but there are some chapters who may have people that aren’t so open-minded. When you join a fraternity you want to be treated as equal, and if some of the members aren’t on board with who you really are, it makes it difficult to grow as an individual.”

“To be progressive means that a person is willing to accept the virtues, ideals and truth that gay, bisexual and transgendered people feel,” Patalon said. “They are essentially straight allied members of the gay community.”

Bogarin said, “We want to open our doors to any person who identifies themselves as a man regardless of what their sexual preference in a partner is.”

President of Choice USA, MacKenzie Buchanan, is also a member of Alpha Chi Omega and understands the want for equality, but also has faith the Interfraternity Conference organizations would have accepted any of the members of Delta Lambda Phi if they had chosen to join one of the standing fraternities.

“I love the idea of including more all-inclusive gender and sexuality based organizations into Greek life, but I don’t think there was an absolute need,” Buchanan said. “I know for a fact there are welcoming fraternities on campus who are progressive and open-minded.”

Buchanan acknowledged she is not gay or a woman who identifies herself as man, but she welcomes Delta Lambda Phi to the Greek system at Sac State.

Members of Delta Lambda Phi are excited about their recognition through the council.

“I am extremely excited that we were accepted onto the United Sorority and Fraternity Council.  All our hard work is paying off,” Vice President Duke Cooney said. “I feel like we were the one voice the council was missing. I hope that we can work with the rest of the council to   serve not just the lesbian, gay, bisexual and transgender community but all groups here at Sac State.”