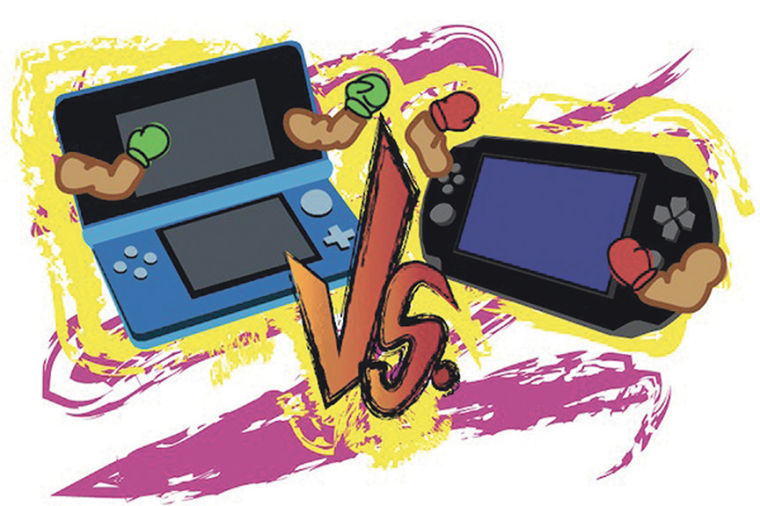 When it comes to handheld gaming, Nintendo is considered the king because of multiple successes with the GameBoy, GameBoy Advance and the Nintendo DS. Many companies have tried to dethrone Nintendo-like Sega and Sony-but have never come close.

However, the 3DS might have a true challenger this time around with the release of the PlayStation Vita last year. Sony failed with the PSP but with new changes and a redesign, Sony might have enough to finally challenge Nintendo and its 3DS. Here will be a compare and contrast of both, to see which one is the better handheld.

When it comes to visuals, the 3DS is no slouch. Games look very nice and have little slowdown when moving from scene to scene. Textures are rendered smoothly and the visuals do not get grainy or pixelated when multiple actions are going on during gameplay.

However, the PS Vita surpasses the 3DS in every way. First off, games play in near high definition which the 3DS does not. This allows PS Vita games to contain more vibrant coloring in its games.

Taking “Street X Tekken,” it looks just as beautiful as it does on the PlayStation 3. Battles are just as colorful with amazing visual artwork in the backgrounds fully rendered for all to see. Other games like “Gravity Rush” use the graphical power to its full extent with psychedelic-like patterns in the background in bright colors like purple and pink.

The PS Vita and the 3DS both offer online multiplayer capabilities. They both use Wi-Fi, but the PS Vita also has the ability to use 3G if you buy the 3G-capable model. Being able to access the internet on the go is always nice and the PS Vita allows it to happen anywhere. They both can also play Netflix.

The PS Vita pulls away, however, with the ability for people to download apps. The PS Vita was made to be more than a simple gaming system. It’s like the PSP and the iPhone got together one night to make the PS Vita. Apps include YouTube, Twitter and Facebook. People can also use it to surf the internet, making the PS Vita a jack-of-all-trades handheld system.

No matter how good the design can be or how pretty the games can look, the most important thing is how good the games are. When it comes to the PS Vita, it is still trying to find itself.

There are a fair amount of good games, though. “Gravity Rush” is a new game where players control a female character who can manipulate the gravity around her. Flying through the air and walking on ceilings are fun, but players can also slide anywhere using the gravity to allow them to slide up a building or pick up items to throw at enemies.

Other fun games include the squad-based shooter “Unit 13,” and action-adventure game “Uncharted: Golden Abyss.” There are also ported games like “Metal Gear Solid: HD Collection,” but it does not contain the full complement of games the Xbox 360 and PlayStation 3 versions do.

On the other hand, the 3DS does have a wide assortment of fun and extravagant games. “Super Mario 3D Land” is a classic take on the Mario series with new powers and added 3-D roaming in levels. “The Legend of Zelda: Ocarina of Time 3D” is another classic game with updated graphics and new game “Kid Icarus: Uprising” mixes in platform elements with action-adventure and shooter elements as well.

The main draw of these games is not only nostalgia but also the new 3-D effects. Turning the 3-D on allows a game to take on a pseudo 3-D aspect where it’s like watching a 3-D movie without glasses. It’s fun, but does take a toll on the eyes and the battery.

Unfortunately, players can not play UMD discs, which are the physical format of PSP games, on the PS Vita. Players can download games but they still have to pay for them. The 3DS is backwards compatible, allowing players to play DS games inside the 3DS; however, the 3-D function is not an option.

So now it comes down to which is the better system. Considering these three categories, it is a tight race. Unfortunately, to call a winner now is just not possible. Looking at these systems now, the result is a tie.

Even with the little differences, both systems are entertaining and excel in separate areas. The PS Vita is more expensive but is a more powerful system, and allows gamers to not only play games, but use it as a tablet device. The 3DS is of simpler design and relies on its great games to carry it.

Thankfully, this is the best year to find out who will come out on top because it all depends on which new tool is better: The PS Vita’s cross-play feature or the 3DS’ 3-D feature. In the end, the PS Vita wins that battle.

The 3-D feature just feels like a gimmick and it is only there for aesthetic purposes- not a gameplay purpose. The cross-play feature, however, feels like the next step of gaming and hopefully Sony begins to use it more.

Nathan can be reached at: [email protected]