Volleyball remains one spot out of postseason contention 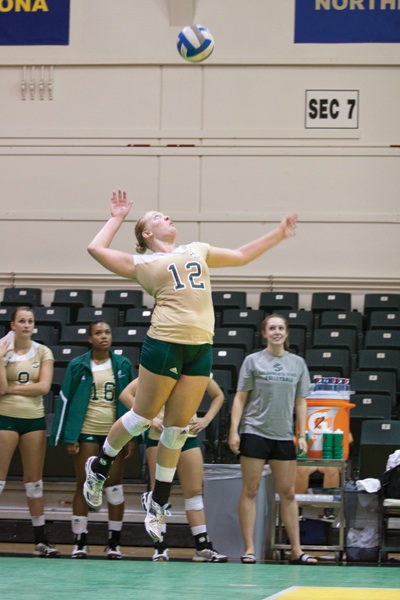 Hornet senior outside hitter Janelle Currey serves the ball in The Nest.

The Hornets jumped out to a 2-0 lead in the match, but they could not hold on and were overtaken by Northern Colorado. Sac State dropped the match 2-3.

In a losing effort, senior co-captains Jessie Genger and Janelle Currey put on an exceptional performance.

Genger was dominant offensively with 24 kills. Currey was strong on both sides of the ball with 18 kills on offense and 20 digs on defense.

The loss gives Sac State a 5-10 record. The Hornets remain one spot out of a postseason position.