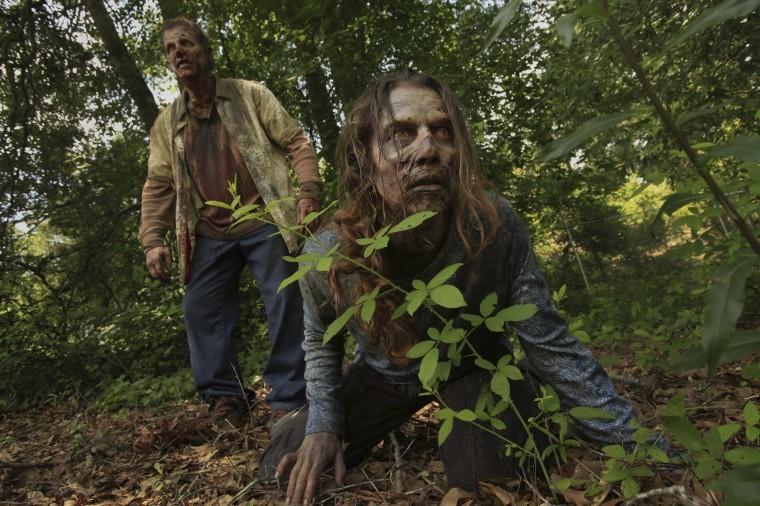 Watch out, you might be the next meal for these hungry zombies.

The eating habits of the future undead could mean the difference between a healthy, happy horde and a grumpy, hungry group.

Selecting the right type of prey and being smart about which body parts to consume can ensure that the zombie horde keeps the rest of the human population fleeing in terror for years to come.

“When you’re eating a normal healthy and balanced diet, you want to have things that are fresh, whole and not rotting,” Hanna said. “You don’t want to pick ones who have polluted their bodies with toxins.”

Hanna said the best prey for the undead would be humans who eat healthy but live a mostly sedentary lifestyle.

People who spend most of their time stationary, such as receptionists, office workers and journalists, would make fine prey for zombies.

Biology professor Adam Telleen said smokers would be an easy target because their com- promised sense of smell would hurt their ability to sniff out an upcoming zombie attack.

Despite the fact that smokers are easy targets, the undead should be careful when choosing which parts of a smoker’s body to consume, as smokers’ lungs will have dangerous deposits of toxins and tar.

Athletes may seem like an ideal target to feast on because of their healthy lifestyles, but there are drawbacks to chasing after a physically fit person.

Hanna said zombies should avoid pursuing athletes because they are harder to catch, and because they may not be the most rewarding meal.

“(Athletes’) muscles are going to be really tough and stringy,” Hanna said. “They’re not going to taste very good.”

While the sick are often easy prey because of their weakened conditions, some human illnesses can be transmitted through consumption. Hanna said humans with blood-transmitted diseases-such as HIV and hepatitis should be avoided, since these diseases can affect the undead’s health in the future.

Hanna said people who regularly use intravenous drugs should also be avoided since there is a higher probability they will be carrying blood-borne illnesses. Once a zombie has captured its victim, the next step before dining is to decide which body parts are fit for consumption.

Hanna said many cultures eat as much of an animal as possible to justify its slaughter, and the same concept could apply to zombies.

“From a zombie standpoint, if you had to put in a lot of effort in obtaining your meal, you want to optimize what you have available,” said Hanna.

Hanna said muscle tissue and fat are abundant in humans, but zombies should consider going after organ meats and especially the liver when dining on their victims.

“Your liver is the clearing house for the human’s nutrient supply,” Hanna said. “If you need nutrients you can find some amount of them in the liver.”

While many movies and TV shows depict zombies feasting on victims’ stomachs, Telleen said zombies should stay away from these organs.

Hanna said zombies should avoid feasting on the human brain, since there is a chance that the undead could become infected with mad cow disease.

If a zombie’s prey was already contaminated with disease-causing proteins, the zombie’s brain will start to deteriorate until the zombie loses all muscle control.

This disease can be disastrous for the undead horde, since a zombie that cannot move cannot hunt either.

Although healthy human beings may not be the easiest prey to catch, zombies who stick to hunting these individuals can ensure that every meal will be tasty and beneficial.

Miguel Razo can be reached at [email protected]