Sac State and teammates mourn the loss of John Bloomfield 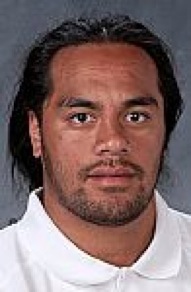 Sacramento State senior defensive end John Bloomfield died this morning at Mercy General Hospital after being in a coma for a number of weeks, according to hospital officials.

Bloomfield was re-admitted on Sept. 19 to treat a deteriorating lung, but after multiple surgeries complications such as internal bleeding arose, causing him to fall into a coma.

“John Bloomfield’s passing has brought a profound sadness to Sac State,” said President Alexander Gonzalez. “He was a tremendous representative of our University and a beloved member of the Hornet football team. My thoughts are with his family, friends, teammates and fellow students.”

On Aug. 30, Bloomfield suffered a collapse lung in a game against New Mexico State. Bloomfield continued to play, but was eventually taken out and sent to a Las Cruces, N.M. hospital.

Bloomfield remained hospitalized until Sept. 3 and then flew home the following day.

Bloomfield never drifted far from home. He was a 2007 graduate from Grant High School in Sacramento and played 11 games last season for the Hornets after transferring in 2010 from Sierra College.

“John was a young man who brightened the lives of all those he touched,” said Sac State athletic director Terry Wanless. “He was a great example of someone who took on the challenges of life and found a way to make it better.”

There is no word yet about how the university will honor Bloomfield, but Hornets’ media relations said there will most likely be a moment of silence in his honor before Saturday’s game against Cal Poly, and decals of his number 43 on the helmets.

“He was a great person that always picked people up,” said linebacker Jeff Badger. “Everyone is sad. He was like a brother.”