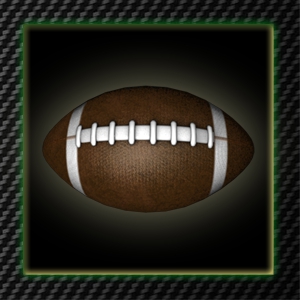 Fans were able to get their first glimpse of the 2012 Sacramento State football team as the Hornets held their annual Green and Gold Scrimmage on Aug. 18.

The scrimmage was part of the “Bee a Hornet” event, which allows kids and families an up close look at college football.

After the scrimmage, kids of all ages participated in football drills run by Sac State coaches and had the chance to get autographs from their favorite players.

“I think this event was good for the players to give back to the community,” said head coach Marshall Sperbeck. “All of our players were kids at one time and when you look around, they are helping and involved. It is a fun day for everybody.”

The event was not only for the fans, but also the first time the Hornets had a chance to get game-like simulations since practice started on Aug. 5.

During the scrimmage Safron passed for 133 yards and ran 27 yards on four carries.

“I think Garrett is becoming more comfortable with the offense,” Sperbeck said. “As he takes more reps, he is developing more each day.”

Safron was not the only quarterback that passed for more than 100 yards. Freshman Nolan Sorensen passed for 138 yards and three touchdowns.

This season, the offense will feature a variety of running backs, including Ezekiel Graham, De’jon Coleman, A.J. Ellis and Sam McCowan, all of who will compete for playing time.

All four running backs handled the ball during the scrimmage, but Graham and Ellis led the way, finishing with 22 yards and two touchdowns.

“We are pretty blessed,” said running backs coach Aaron Ingram. “They aren’t the biggest guys in the world, but all of them are lightning fast.”

On the defensive side, senior linebacker Jeff Badger gave the offense a run for their money by intercepting a pass and forcing a fumble on the goal line during the scrimmage.

“We have a lot of guys returning so I think defense is going to be a strong point for us,” Badger said. “We have very good team camaraderie.”

The Hornets will have one more scrimmage this Wednesday before their season starts on Aug. 30 against New Mexico State, but Sperbeck said he was impressed with what he saw during this first scrimmage.