Cleanup begins in Mariposa and Mendocino 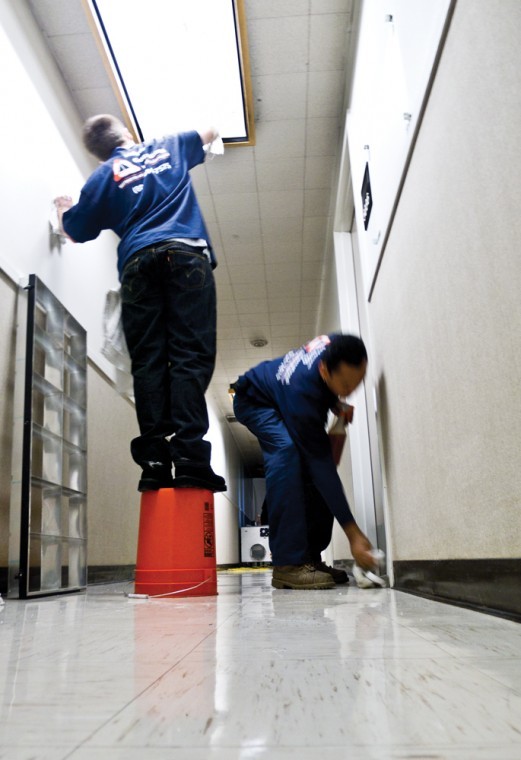 Cleaning crews work to get Mendocino into operation.

Cleanup crews are continuing their efforts to repair the damage caused by Thursday’s fires in Mariposa and Mendocino halls.

With the exception of a few classrooms on the fourth floor of Mariposa Hall, both buildings have reopened.

Kim Nava, Sac State spokeswoman, said the crews from Anderson Group International, a restoration and remediation contracting group are still in the process of venting out Mariposa Hall as of Monday.

The fourth floor of Mariposa is home to interior and graphic design, and offices.

“It’s not that bad,” Nava said. “It is much improved from Thursday, which is why we were able to have students back in the building. You can still smell it, but it’s not like it was before.”

Using a HEPA Vac and air scrubbers, crews were able to clean the smoke out of the air.

Dean said there was a moderate amount of damage in Mendocino, but more significant damage in Mariposa.

Nava said personal belongings were boxed up so they could be treated and cleaned.

AGI will be at Sac State through this week.