Medicine is not a solution to all of our problems 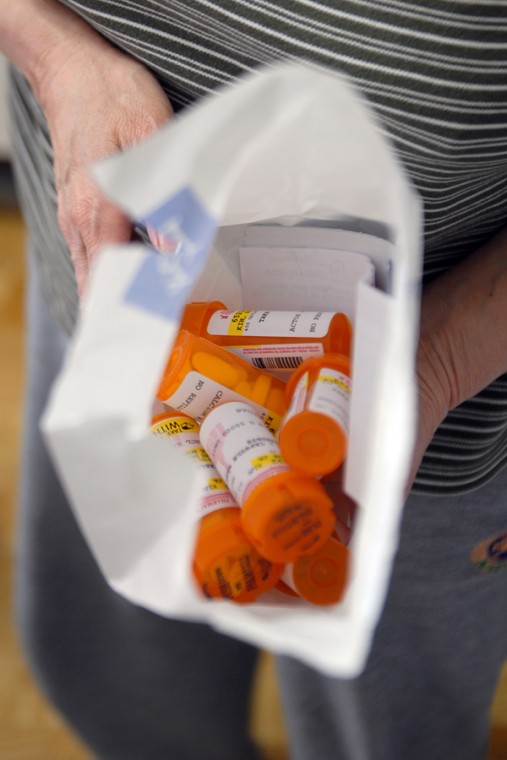 No matter how true that may be, health is still a major focus for millions of people in the United States.

Gyms, nutrition stores and Bowflex commercials are almost as prevalent as Taco Bells and Men’s Big and Tall stores.

Have you ever stayed up past midnight and saw a Shake Weight commercial? I don’t know how it works but apparently it would make me look lean, cut and able to move with the grace of a crackhead in a bounce house.

The intent to make us healthier is everywhere. And millions of dollars are being spent to improve our health in this country.

Unfortunately, the benefits of having relatively easy access to the most advanced medical techniques and pharmaceuticals in the world are often outweighed by overuse, misuse and a general ignorance of one’s health needs.

Being health-conscious should be lauded. Far too many people ignore their bodies’ needs and become sufferers of preventable maladies. However, the drive to be healthy can take very unhealthy turns.

We have become a society that is hell-bent on medicating every problem, regardless of severity or necessity.

Having trouble paying attention in your Art History seminar? Something must be wrong with you. Here’s a pill for that. Do you get tired in the evening? That sounds serious. Here’s a drink for that.

Or, if you are like me and you have trouble finding a girlfriend – good news, there’s a special cream for that.

There is less distinction between what makes a real medical problem and what is just an expected inconvenience of life. But now, many people are prescribed drugs to treat these inconveniences, unaware of the side effects or long-term consequences.

Instead of taking care of themselves by living a consistent, healthy lifestyle, people rely on the health care system to undo their preventable wrongs.

If you do not want heart disease and high cholesterol, take some precautions and opt for a granola bar instead of the burger once a week. Too much to ask? Well, will you at least get a single instead of a triple?

In other instances, even in the case of real medical issues, ignorance by the patient and doctor can cause more problems than originally existed.

The medicine Accutane has been given to acne sufferers since the early 1980s. Known to be extremely effective, it was highly sought after. What the producers and users did not know was that patients were being put at risk of brain damage and a multitude of other side effects.

The U.S. National Library of Medicine lists potential side effects of Accutane. Its list is longer than my current dry spell and ranges from sweating to facial swelling to hair loss to rectal bleeding. This is just me talking, but I think I would rather have a few pimples than be a sweaty bald blowfish who cannot sit down.

The risks could even be much more serious according to The Karolinska Institute, Europe’s most prestigious medical school. In a study of Accutane users, it was found that they had an elevated risk of depression during treatment while suicide attempts increased soon after treatment ended.

This is not meant to scare people away from treating their illnesses. People obviously refer to the “miracles of modern medicine” for a reason. But we should be more hesitant to put an unknown substance in our body.

Sometimes it is not even a medical issue that is being mistreated. One of the things Americans fight with the most fervor is drowsiness. We do not fight it with sleep, but with coffee and energy drinks.

Seen as a great way to give yourself a “boost,” energy drinks do not cure a medical issue; they actually combat a normal human function.

Lynn Billett, a family nurse practitioner, said the 200 milligrams of caffeine in an 8-ounce cup of coffee is effective without being harmful.

But she warns that energy drinks are full of chemicals that could he hazardous.

“I’m not a proponent of (energy drinks),” Billett said. “But if people are going to drink them they just need to listen to their bodies.”

Just because your doctor is willing to write you the prescription does not mean you have to take it.

Besides, like the old saying goes: “The best medicine comes in a 12-pack, consumed alone, and is only a problem if you admit it.”

Dante Frattini can be reached at [email protected]