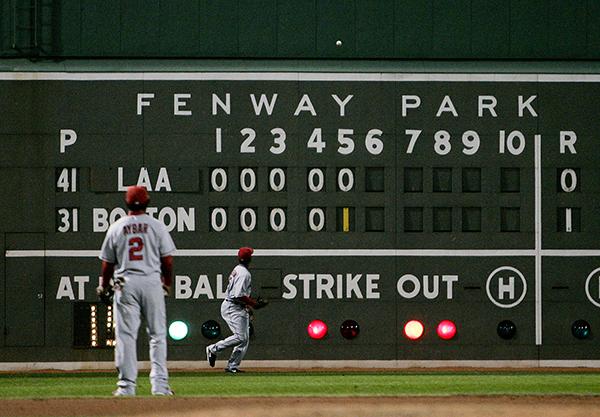 fenway park:Fenway Park is the home of the Boston Red Sox and is the oldest Major League Baseball stadium still in use.:Courtesy of the McClatchy Tribune

What do you want to do before you die?

Maybe you’ve seen the movie “The Bucket List” starring Morgan Freeman and Jack Nicholson, or maybe you’ve seen MTV’s hit reality series “The Buried Life.” Either way, you have probably heard of a bucket list. It’s a compilation of things in the form of a list that you want to do or accomplish before you die.

This is the first in a series of three. Here is a list of 10 things baseball fans should do before they die.

10. Hit up the baseball bat factory in Louisville, Ky.

9. Meet your favorite player and get an autograph

Depending on how famous your favorite players are kind of determines how easy it is to get access to them. But most MLB teams host player appearances and fan appreciation days where some of the big names for your team appear. Also, some ball parks let fans hang out near the dugout before the first pitch; if you’re lucky, you might be able to snag an autograph during that time.

8. Boo the Yankees in person

This one isn’t for everyone, but if you despise the New York Yankees like I do, this is a good list item for you. Use your hatred of the blue and white to plan a trip to the Big Apple, and get some tickets to the new Yankees Stadium. Although you could wait until the Yankees play your home team in your town, it just doesn’t seem like the same thing. Boo them on their own field.

Despite the fact the Chicago Cubs don’t win much, their field is a winner. Wrigley Field is the second oldest active major league ballpark, and every year baseball fans flock to get a seat. The field is known for its ivy-covered outfield walls and hand-turned scoreboard. Wrigley field also offers rooftop seats and is famous for its iconic marquee sign in the front.

Every baseball fan, no matter how you feel about the Boston Red Sox, should visit Fenway Park. Fenway is known as “America’s Most Beloved Ballpark,” and is the oldest MLB stadium still in use. It has been said that every home game since 2003 has sold out. Some of the more notable features of Fenway are The Green Monster, which is the nickname of the left field wall, and the lone red seat in the right field bleachers. The red seat signifies the longest home run ever hit at Fenway.

Cooperstown, N.Y., is home of the National Baseball Hall of Fame and Museum. Need I say more?

4. Visit the Field of Dreams

Ultimate baseball fans will flock to spring training to see the practices and talent for the upcoming season. Most training either takes place in Florida or in Arizona. Plan a road trip with your crew. I hear the players are very approachable and fun during spring training. Here’s another chance to cross out No. 9.

This Midsummer Classic is the game for the best-of-the-best in MLB. Every July, at just about the midway point of baseball season there is a three-day break for the All-Star Game. Fans vote for their favorite players on teams, and at least one player from every team is chosen. It’s the ultimate battle of the American League and the National League, and they play for World Series home-field advantage.

1. Go to the World Series

This one doesn’t need much explanation, but this would be the ultimate baseball fan experience. Imagine your team, in mid-October, battling for the World title. A sold-out crowd. The most intense form of fans. There is no way it would not be the greatest experience of your life – win or lose.

Check back next week for a football fan’s bucket list.