Double Coverage: Baseball is the best sport ever 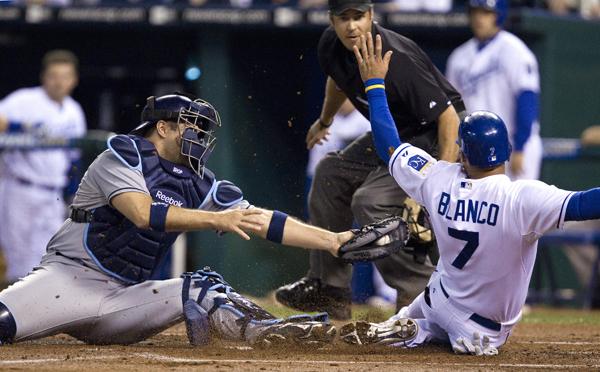 I’m going to let you in on a little secret.

Baseball is the greatest sport in the world. Ever. Here are 10 reasons why.

10. The more games the better!

What other sport offers you 162 games in a season? The answer is none. Baseball provides about six months of games.

9. No need for cheerleaders

Baseball is so good that teams don’t need to have cheerleaders to distract the crowd from a really horrible loss. When they lose, they do it gracefully.

8. Baseball isn’t a rush to the finish

While other sports bash you over the head with time restraints where the quarters or periods stick to 15-minute intervals, baseball is relaxed and carefree. Baseball decides when it wants to end.

As a woman, it’s difficult not to notice that of all sports, baseball players wear the best uniforms. Their chiseled faces are not covered by helmets, like in other sports. Their muscular legs aren’t curtained behind baggy shorts.

Which leads me to the next point8212;want to guess the best part of the uniform? Yup, you’re right. It’s the pants.

Just go ahead and try to disagree with that.

There is no sport that values history as much as baseball does. Every season in baseball, records are set and crushed. There is always history in the making with baseball8212;and you always get to be part of that history.

Baseball fans make treks to the baseball fields of the U.S. No matter where your team loyalty lies, fans want to see a game at famous ballparks like Fenway Park or Wrigley field.

Each park is unique and the fields are completely different, which makes people flock to see how other teams are playing. What other sports’ fans do that?

4. They must play it out

Baseball is the only sport that forces the team that is winning to continue to play out the game. It doesn’t matter how much of a lead they have, the entire game is played.

In basketball, the team could choose to dribble the ball until the clock runs out. In football, players can take a knee. Baseball requires that you finish what you start.

The home run is possibly the most exciting and completely awesome scoring in all of sports. Yes, a slam dunk is pretty cool, and a Hail Mary is legit. But how often do you take home a basketball or a football? Never.

With baseball, a home run practically drills the perfect game souvenir into the crowd. There is a reason no one ever uses the term “home run” as a metaphor for anything bad.

There is literally nothing better in this world than Opening Day. And I am not even exaggerating. The ballpark is a sold-out crowd, and the fans are more rowdy than usual. The cheering, the laughter and the sheer enjoyment that everyone feels is almost intoxicating. You can’t help but catch on and feel the buzz.

Baseball has the most amazingly loyal fans ever. There are teams that have never won anything, but their fans remain loyal to them. Before the Boston Red Sox started winning anything, they were supposedly under the Curse of The Bambino. But every year their fans were out there cheering their hearts out and praying for a miracle.

When you love a baseball team, it’s a lot like a relationship. You stick it out through injuries, and love them anyway. When they lose, you still love them. You’re proud to be in your relationship, just like you are proud to be a fan. It’s true love that will never let you down.