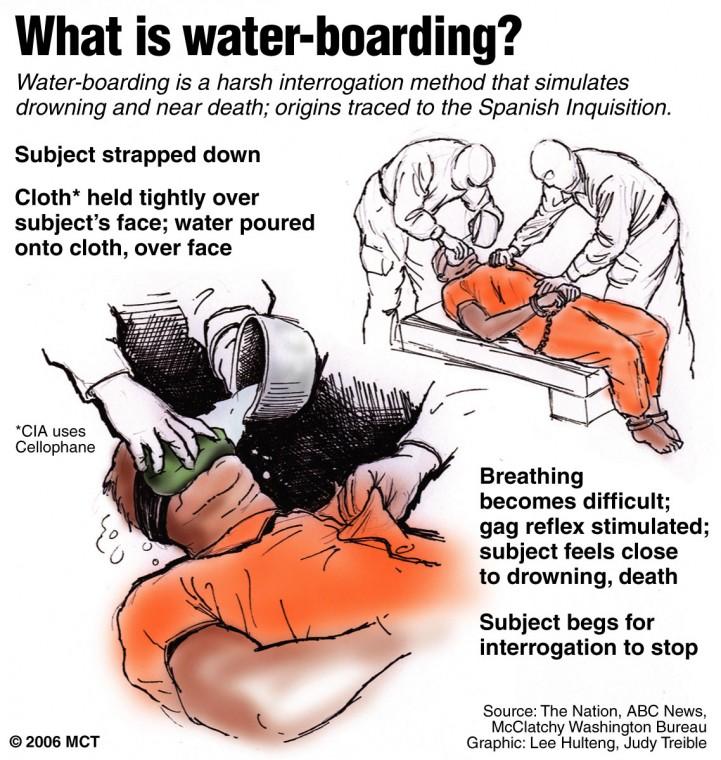 Last month, President Barack Obama’s administration released four George W. Bush-era CIA memos that gave legal justification for harsh interrogation practices. Since then, the public has been divided on the prospect of trying the individuals who perpetrated these acts as criminals.

Obama and Attorney General Eric Holder have said that the CIA agents who used techniques like water-boarding against alleged terrorists will not be prosecuted. However, Obama and Holder said last week that the Department of Justice may go after high-ranking Bush administration officials for authorizing these tactics.

Rather than prosecuting these individuals, which we assume would include former President Bush and Vice President Dick Cheney, The State Hornet would like to see the establishment of a Truth and Reconciliation Commission, effective immediately.

The use of harsh interrogation techniques – or torture, depending on how you view it – is just one example of the abuses perpetrated by the Bush administration.

In order for us to move forward, the American people need to know the entire scope of what was done in our name, during what may well go down as one of the darkest periods in American history.

The Hornet realizes some of the justifications for not prosecuting CIA operatives. It is the converse of the precedent established at the Nuremburg Trials following World War II that said “following orders” is not a defense. The Abu Ghraib scandal notwithstanding, if these CIA agents were to be prosecuted, it would be incumbent upon the Obama administration to also try those who issued the orders.

There are pragmatic reasons for not trying former presidents for the decisions they made while in office. The first is that it is one of the ways we have been able to ensure a peaceful transition of power, which has been a hallmark of our republic. Second, these types of trials often go nowhere with the highest-ranking officials – including the president – suddenly being afflicted with amnesia.

The abuses of the Bush administration went far beyond authorizing torture as “enhanced interrogation.” Piecemeal prosecutions for every instance of abuse of our democratic process will take years, bog down the Justice Department and will ultimately accomplish very little.

“This is a time for reflection, not retribution,” Obama said at an April 16 meeting with CIA employees.

The Hornet agrees, but contends that if we are to reflect as a nation, the American people must know what really happened during the last eight years.

There is no arguing that during the Bush administration, our Constitution and democratic ideals were pushed to the limit, causing deep divisions amongst our people.

As a nation that purports to be a constitutional and representative democracy “of the people, by the people, for the people,” Americans must know what was done during the Bush administration. Only then will we truly be able to reflect and decide for ourselves if this is who we are.

The Hornet believes that a Truth and Reconciliation Commission is the best way to know what transpired and offer ourselves and the world, a mea culpa.

It is unprecedented in American history, but it is the only logical and useful way of handling this unfortunate scenario.

Membership of the commission should include Democrats, Republicans and Independents. The Hornet believes respected elder statesmen such as former President Jimmy Carter and Arizona Sen. John McCain would make the most logical choices to head the commission.

– The legal justification for torture, the Abu Ghriab scandal and the use of extraordinary rendition.

– The outing of CIA operative Valerie Plame and intelligence on Iraqi weapons of mass destruction.

– The wiretapping of American citizens without warrants and collusion with the telecommunications industry.

Those subpoenaed to appear before the commission should be granted amnesty for crimes committed, if they fully disclose what they know.

To give the commission some teeth, the Hornet suggests holding those who refuse to testify in contempt of Congress and levy perjury charges against those who lie on the stand.

While uncovering these issues might be difficult to stomach, it will give the American people a chance to say “never again.”

Transparency has been a buzzword of the fledgling Obama administration. A Truth and Reconciliation Commission covering the Bush administration may just show us the importance of transparency in our democratic system as Americans strive together “to form a more perfect union.”